Claimed Lawyer ProfileSocial Media
Jesse Piencenaves Marchan
Mandeville, LA Immigration Lawyer with 21 years of experience
(985) 626-9595 1070 West Causeway Approach, Ste. B
Mandeville, LA 70471
Free ConsultationImmigration
Silliman University
Show Preview
View Website View Lawyer Profile Email Lawyer
A proud product of U.S. immigration himself, Jesse Marchan provides his clients with a unique understanding and hands on experience in family and employment based immigration. He has over 25 years of combined legal experience; 20 years as an immigration lawyer, handling basic to complex immigration law issues for individuals, families, and various organizations all over the country. Representative clients include private and public school systems, religious and medical organizations, and businesses recruiting workers for under-served areas. Before moving to the U. S. in the mid 90s, Mr. Marchan was a litigation attorney at the law firm of Remollo,...

Additionally, he serves on the Criminal Justice Act (CJA) Panel in the Middle District of Louisiana and he also practices in the areas of personal injury and immigration.

Immigration
Tulane University School of Law
Show Preview
View Website View Lawyer Profile Email Lawyer
Laura Buck is an associate attorney at Phelps Dunbar LLP. Laura is particularly experienced in immigration law, having practiced in the immigration section of the Stuart H. Smith Law Clinic and Center for Social Justice before joining the firm. Laura is the Co-Founder and member of the Immigration Law Member Section of the Louisiana State Bar Association. She is also a member of the American Immigration Lawyers Association. Laura focuses on all areas of immigration law with a particular emphasis on employment based immigration. 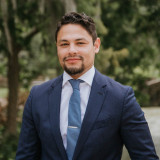 Claimed Lawyer Profile
Thomas Perrill Adams
New Orleans, LA Immigration Attorney with 35 years of experience
(504) 523-3815 631 St. Charles Ave.
New Orleans, LA 70130
Immigration
Show Preview
View Lawyer Profile
Thomas P. Adams has practiced immigration law since 1987. He is a graduate of Amherst College and the Tulane School of Law, and also studied at the Sorbonne University in Paris. He is a member of the Louisiana State Bar Association and the American Immigration Lawyers Association. He has maintained an AV preeminent rating from Martindale-Hubbell since 1997. Mr. Adams has handled over 100 immigration cases in the 2nd, 5th, 6th and 11th U.S. Circuit Courts of Appeal, and has also litigated in the U.S. District Court for the Eastern District of Louisiana. His published U.S. Circuit Court cases have been...

Claimed Lawyer ProfileQ&ASocial Media
Christopher Kinnison
Alexandria, LA Immigration Lawyer with 12 years of experience
(318) 528-0700 4011 Parliament Drive
Alexandria, LA 71303
Immigration
Louisiana State University - Baton Rouge
Show Preview
View Website View Lawyer Profile Email Lawyer
To say that Chris is passionate about the practice of immigration law would be an understatement. Chris thrives on helping those in destitute situations trying to make a better life for themselves. Chris's passion stems from his upbringing overseas. Chris was born in Thailand in 1978 close to the Cambodian border where he regularly saw refugees housed behind barbed wire fences as a result of the civil war in Cambodia.

We look forward to providing you with unparalleled service in a competent and caring manner. Please contact our office and our knowledgeable staff will assist you: (318) 698-3724.

Immigration
Paul M. Hebert Law Center, Louisiana State University
Show Preview
View Website View Lawyer Profile Email Lawyer
Having handled thousands of immigration law cases including those involving family visas, agricultural immigration, business immigration, detainment, and removal proceedings, our team at Ashley Foret Dees, LLC has the experience to help you. When you come to our Lake Charles or Houston immigration attorneys, you can be sure that we put your needs first and work to provide a personalized case strategy based on your needs. We represent clients in serious immigration law matters and we know the various laws that can affect the outcome of your case. We want to help you. Call Ashley Foret Dees, LLC.

The Oyez Lawyer Directory contains lawyers who have claimed their profiles and are actively seeking clients. Find more Covington Immigration Lawyers in the Justia Legal Services and Lawyers Directory which includes profiles of more than one million lawyers licensed to practice in the United States, in addition to profiles of legal aid, pro bono and legal service organizations.