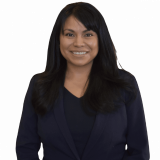 Claimed Lawyer ProfileSocial Media
Yvonne Franco Perez
Meridian, ID Immigration Attorney with 6 years of experience
(208) 917-2982 Physical Address
3597 E. Monarch Sky Lane Ste. 240 PMB #1050
Meridian, ID 83646
Immigration
University of Idaho College of Law
Show Preview
View Website View Lawyer Profile Email Lawyer
Attorney Yvonne Franco Perez earned her Juris Doctorate from the University of Idaho College of Law with an emphasis in enterprise organization. She holds a Bachelor’s of Science degree in Political Science, with a minor in Spanish and a Masters of Public Administration from Idaho State University. Attorney Franco is passionate about serving the community. Prior to law school, she served with AmeriCorps VISTA, a national service program designed specifically to fight poverty and help those in disadvantaged circumstances. There she dedicated her time to creating a sustainable KinCare Program for relatives raising relative children. Prior to AmeriCorps... 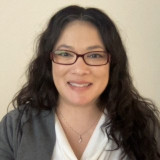 Claimed Lawyer ProfileSocial MediaResponsive Law
Brandy S Perez
Nampa, ID Immigration Attorney with 4 years of experience
(208) 504-6079 5680 E Franklin Road
Suite 230
Nampa, ID 83687
Free ConsultationImmigration
Concordia University School of Law
Show Preview
View Website View Lawyer Profile Email Lawyer
I was born in Southern California but moved to Arkansas as a youth. I was the first in my family to attend college and graduated from the University of Notre Dame in 2002 with a Bachelors in Sociology and Psychology. After college, I spent seven years as a parole/probation agent. Through this experience, I saw the need for quality legal representation for immigrants. In 2013, I moved to Idaho with her husband and five children. After this move, I enrolled at Concordia University School of Law, graduating with a Juris Doctor in 2018. While in law school, I knew she... 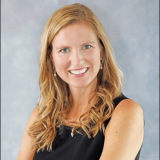 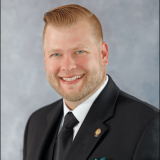 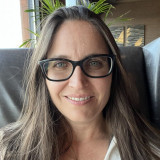 Claimed Lawyer ProfileQ&ASocial MediaResponsive Law
Joshua Joseph Despain
Boise, ID Immigration Attorney with 6 years of experience
(208) 391-2020 10173 West Overland Road
Boise, ID 83709
Free ConsultationImmigration
University of Iowa
Show Preview
View Website View Lawyer Profile Email Lawyer
J.J. Despain is a managing attorney in Boise for W&O’. He is admitted to the Colorado State Bar and practices mostly family-based and employment-based immigration law. J.J. has represented clients in over 100 interviews with USCIS. He has participated in events at community centers in both Utah and Idaho to present issues in immigration law and speak about the many possibilities available to potential clients. J.J. graduated from Brigham Young University, where he earned a bachelor of arts in communications with an emphasis in print journalism. He spent two years as an opinions editor, sports editor, and web editor for... 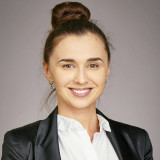 Claimed Lawyer ProfileSocial Media
Margarita Varaksa
Boise, ID Immigration Lawyer with 1 year of experience
(208) 696-1778 800 W Main St
Suite 1460
Boise, ID 83702
Immigration
University of Idaho College of Law
Show Preview
View Website View Lawyer Profile Email Lawyer
Margarita is originally from Odessa, Ukraine. She eventually moved to the United States and began the lengthy process of immigrating, taking on the process by herself. Margarita had successfully obtained an undergraduate degree, became a lawyer, naturalized as a U.S. citizen, and had obtained green cards for her family throughout her immigration journey. After the long, difficult, and emotional journey of immigrating both herself and her family, she decided to start this law firm to assist future immigrants and provide them with the benefit of her own personal immigration experiences. Today Margarita is on a mission to make the immigration process...

Claimed Lawyer ProfileSocial Media
Taylor Scott Kenck
Boise, ID Immigration Attorney with 5 years of experience
(208) 391-2020 10173 West Overland Rd
Boise, ID 83709
Free ConsultationImmigration
Brigham Young University and Brigham Young University-Idaho
Show Preview
View Website View Lawyer Profile Email Lawyer
I am an associate attorney at Wilner & O’Reilly, APLC. My practice is focused on removal defense. I am admitted to the State Bar of Washington, but I can practice immigration throughout the country. I am fluent in Spanish. For my undergraduate studies, I focused my coursework in Spanish, English, and pre-law. I was actively involved in leadership in the Latino Student Association, the Spanish Honors Society, and Pre-Law Society. After graduating from my undergraduate studies, I worked for the Washington State House of Representatives as a Legislative Assistant. I worked closely with many state and local government leaders, including...

The Oyez Lawyer Directory contains lawyers who have claimed their profiles and are actively seeking clients. Find more Star Immigration Lawyers in the Justia Legal Services and Lawyers Directory which includes profiles of more than one million lawyers licensed to practice in the United States, in addition to profiles of legal aid, pro bono and legal service organizations.