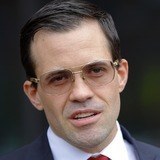 Claimed Lawyer ProfileQ&ASocial Media
Nicholas M Wooldridge
Las Vegas, NV Cannabis & Marijuana Law Attorney with 17 years of experience
(702) 623-6362 400 S 7th St #401
Las Vegas, NV 89101
Free ConsultationCannabis Law, Criminal Defense, DUI & DWI and Domestic Violence
University of Nevada-Las Vegas
Show Preview
View Website View Lawyer Profile Email Lawyer
Nick Wooldridge is an outstanding criminal attorney based in Las Vegas. Nick is vastly experienced in criminal law and combines his equally unrivalled expertise in commercial law and litigation from his New York practice to offer his clients skilful legal guidance and representation. Nick has carved an enviable reputation for himself in the criminal defense field. He is as aggressive and formidable in the court room as he is empathic and amenable with his clients. Nick’s success in both New York and Nevada is primarily down to his high level of expertise and his total dedication to his clients.... 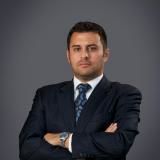 Claimed Lawyer ProfileSocial Media
Mr. Derek J. Connor
Henderson, NV Cannabis & Marijuana Law Attorney with 10 years of experience
(702) 750-9139 2580 Anthem Village Drive
Henderson, NV 89052
Cannabis Law, Administrative and Business
University of New Mexico
Show Preview
View Website View Lawyer Profile Email Lawyer
I was born and raised in Alaska. After high school I served on active duty in the US Navy from 200-2004. After being honorably discharged I attended New Mexico State University where I graduated with Honors in 2007. I attended law school at the University of New Mexico School of Law where I served as an editor of the New Mexico Law Review and was elected President of the Federalist Society. In 2012 I founded my law firm with my wife and law partner, Amanda N. Connor Esq. We focus our practice on business law, litigation, administrative law, land use... 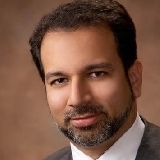 Claimed Lawyer ProfileSocial Media
Michael David Pariente
Las Vegas, NV Cannabis & Marijuana Law Attorney with 23 years of experience
(702) 966-5310 3960 Howard Hughes Pkwy
#615
Las Vegas, NV 89169
Free ConsultationCannabis Law, Criminal Defense, DUI & DWI and Domestic Violence
Baylor Law School
Show Preview
View Website View Lawyer Profile Email Lawyer
You may have heard ""What happens in Vegas, stays in Vegas."" For criminal charges, though, there is nothing more false. If you are one of Clark County's 2 million residents, this is where you live and work. If you are one of the 40 million people who pass through Las Vegas every year, even a minor criminal charge can follow you home through background checks, driver's license suspension, extradition and more. If you are charged with a crime in Las Vegas, it's important that you exercise your right to an attorney of your choice. Your lawyer can fight for... 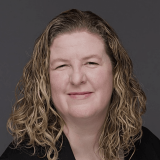 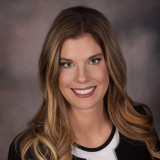 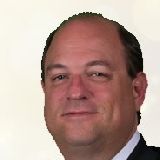 Claimed Lawyer ProfileBlawg SearchSocial Media
Jason Weiner
Las Vegas, NV Cannabis & Marijuana Law Lawyer
(702) 202-0500 2820 W Charleston Blvd
#35
Las Vegas, NV 89102
Cannabis Law, Criminal Defense, DUI & DWI and Domestic Violence
Show Preview
View Website View Lawyer Profile Email Lawyer
Attorney Jason Weiner, owner of Weiner Law Group, is licensed to practice law in Louisiana, Arizona, and Nevada, and has over a decade of experience working within the Las Vegas area’s unique legal environment. During this time, he has developed important experience with the prosecutors and Judges that are likely to be involved in trying the cases of his clients. Knowing the local system and how things actually work, as opposed to how the books say they should, gives Jason many practical advantages as he fights to win his clients the justice they deserve. Supporting his thorough knowledge of local... 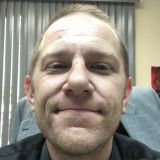 The Oyez Lawyer Directory contains lawyers who have claimed their profiles and are actively seeking clients. Find more Sun Valley Cannabis & Marijuana Lawyers in the Justia Legal Services and Lawyers Directory which includes profiles of more than one million lawyers licensed to practice in the United States, in addition to profiles of legal aid, pro bono and legal service organizations.