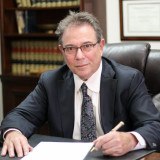 Claimed Lawyer ProfileResponsive Law
Joseph C. Rosenblit
Fullerton, CA Bankruptcy Lawyer with 34 years of experience
(949) 412-6666 1370 N Brea Blvd., Ste. 217
Fullerton, CA 92835
Free ConsultationBankruptcy, Civil Rights and Personal Injury
Southwestern University of Law
Show Preview
View Website View Lawyer Profile Email Lawyer
When you face serious legal matters like personal injuries or bankruptcy, you need to be sure you are getting the best possible results. I will fight for you. You do not have to go it alone.

Here at The Law Offices of Joseph C. Rosenblit, we have represented the California community in their legal needs for more than 30 years. We take pride in setting ourselves apart from other California attorneys through our compassion and commitment to our clients. 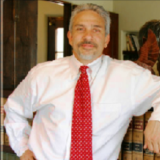 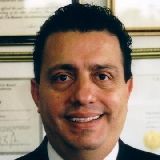 Claimed Lawyer ProfileSocial Media
Stephen B Mashney
Anaheim, CA Bankruptcy Attorney with 28 years of experience
(800) 555-6655 335 N Brookhurst Street
Anaheim, CA 92801
Free ConsultationBankruptcy, Personal Injury, Products Liability and Workers' Comp
San Francisco Law School
Show Preview
View Website View Lawyer Profile Email Lawyer
Born on the 4th of July, Stephen Mashney has independence in his genes! Since childhood, he confronted bullies & fought his way from elementary school till today. Stephen will not look the other way when he sees injustice. He will fight for the underdog & win. Stephen has compassion for & respect to others including animals. As a child, Stephen adopted countless stray cats & dogs & he would not hurt a fly today.
In 1978, Mr. Mashney received his Bachelor of Pharmacy degree from Cairo University, Egypt & worked as a pharmacist in Ramallah. In 1979, he immigrated... 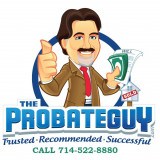 Bankruptcy, Estate Planning, Probate and Real Estate
Loyola Law School
Show Preview
View Website View Lawyer Profile Email Lawyer
I completed my undergraduate schooling at Boston University, but don’t worry; I don’t talk funny. At Boston University, I achieved a Bachelor of Science in Business Administration with an accounting concentration and graduated with magna cum laude honors. That just means you’ve got a smart guy on your side. After Boston, I returned back to Los Angeles and attended Loyola Law School in Los Angeles, graduating and receiving my Juris Doctorate, my law degree. It is while I was at Loyola Law School that I was an assistant clerk for the honorable Judge Alan Ahart, Judge for the Central District... 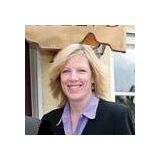 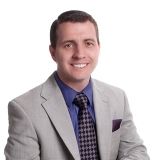 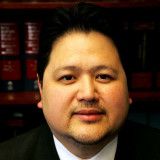 
Free ConsultationBankruptcy and Tax
Kensington Univ COL
Show Preview
View Website View Lawyer Profile Email Lawyer
Pasadena bankruptcy attorney Ray Bulaon is founder of the Ray Bulaon Law Offices, Inc., a firm providing residents of Los Angeles, Ventura, San Bernardino, and Riverside counties with legal services on the matter of bankruptcy. Mr. Bulaon has practiced law for 17 years and he has helped more than 5,000 individuals and small businesses navigate through the bankruptcy process. He has an 8.2 Excellent rating on Avvo.com. Mr. Bulaon is a member of the National Association of Consumer Bankruptcy Attorneys, the Los Angeles Bankruptcy Forum, and the Central District Consumer Bankruptcy Attorneys Association. Contact his firm today to request a...

Free ConsultationBankruptcy, Appeals, Collections and Foreclosure Defense
University of California Hastings College of the Law
Show Preview
View Website View Lawyer Profile Email Lawyer
Serving Los Angeles, Beverly Hills, San Fernando Valley, Santa Ana, Santa Barbara and Riverside. I am a Certified Specialist in Bankruptcy Law. I am an "AV"* rated attorney with 37 years of experience in solving bankruptcy problems. I am a Mensa certified genius with a strong ability to analyze and solve problems. If you are being hounded by creditors, I can legally erase your debts and get you a fresh start. If your business needs reorganization, I can give you protection from your creditors while you reorganize. If you have a claim against an individual or company that has filed... 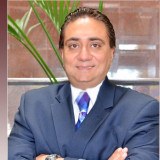 Free ConsultationBankruptcy, Criminal Defense, Immigration and Personal Injury
American COL
Show Preview
View Website View Lawyer Profile Email Lawyer
The U.S. Law Center is a nationwide, full-service immigration law firm that provides large corporations, small businesses and individuals with a full range of immigration processing and placement services. Attorney Mike Sethi earned his Bachelor of Business Administration from California State University Dominguez Hills in 1995. He received his law degree from the American College of Law, where he graduated in the top three percent of his class and was awarded seven AM-JUR Bancroft-Whitney Awards. These awards are presented to those students attaining the highest grades in particular subjects. He is a member of the Bar for the state of... 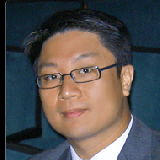 Claimed Lawyer ProfileSocial Media
David Van Luu
Santa Ana, CA Bankruptcy Lawyer with 14 years of experience
(714) 697-8600 930 W. 17th Street
Suite B
Santa Ana, CA 92706
Free ConsultationBankruptcy, Criminal Defense and Personal Injury
Univ of LaVerne COL
Show Preview
View Website View Lawyer Profile Email Lawyer
Founded under the direction of Attorney David V. Luu, our offices are centrally located in the cities of Santa Ana and Irvine to better serve the residents of Southern California, which includes Orange County, Riverside County, San Bernardino County, and Los Angeles County. We are best known for helping people from all walks of life throughout Southern California to prevent, resolve, and litigate issues relating to their debts, personal injuries, and business or real estate transactions It is our mission to give you clear and understandable advice concerning legal matters. We listen to what you have to say... 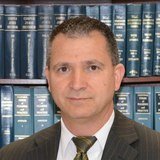 Claimed Lawyer ProfileQ&A
Bahram Madaen
Anaheim, CA Bankruptcy Attorney with 17 years of experience
(714) 782-7275 2400 E Katella Ave
Anaheim, CA 92806
Free ConsultationBankruptcy, Family and Real Estate
Southwestern University School of Law
Show Preview
View Lawyer Profile Email Lawyer
Attorney Madaen has been active in litigation whether in Bankruptcy, real estate, or contract litigation since becoming attorney in February of 2004. He attended California State University Los Angeles for his undergrad school in international business and economy. He have been constantly in trade and business and he was the owner of several businesses. He speaks Spanish and Farsi. He strive to give the best services to clients. 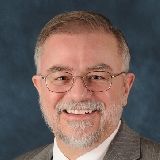 Claimed Lawyer Profile
Nicholas Watts Gebelt
Whittier, CA Bankruptcy Lawyer with 20 years of experience
(562) 777-9159 15150 Hornell St
Whittier, CA 90604
Bankruptcy
University of Virginia School of Law
Show Preview
View Lawyer Profile Email Lawyer
As a Board Certified Bankruptcy Specialist, I understand the subtleties of bankruptcy law and can help you avoid unnecessarily losing your assets. Whether you are struggling with personal debt or own a business that is experiencing financial troubles, you can rely on my skill and expertise to guide you through your Chapter 7, 11, or 13 bankruptcy. I am extremely detail-oriented and thorough. I emphasize pre-petition planning as a way of avoiding post-petition problems. I stand up for your rights against debt collectors and hold creditors accountable for their actions when they violate the law. Most importantly, I care about... 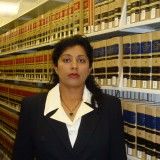 Ms. Hussain has a general law practice in Santa Ana, California. She is experienced in:

She is an experienced and tenacious litigator who has appeared in courts in counties throughout Southern California.
Most importantly she is a trial attorney. She goes to trial and wins... 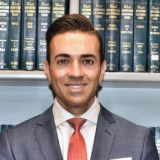 Free ConsultationBankruptcy, Criminal Defense, Employment and Personal Injury
Pacific West COL
Show Preview
View Website View Lawyer Profile Email Lawyer
LAW OFFICES OF SEAN S. VAHDAT & ASSOCIATES, APLC is a well-rounded law firm in Southern California that provides a full range of legal services to both individuals and businesses. With a main office in the city of Orange and satellite offices in Irvine, Los Angeles, Inland Empire, & San Diego, we take great pride as a full-service law firm committed to superior legal services. Our firm has over a decade of experience, and we have dedicated our practice to the areas of Personal Injury, Bankruptcy, Employment Law, and Criminal Defense. We take pride in defending the rights of... 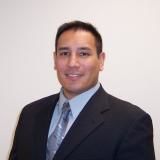 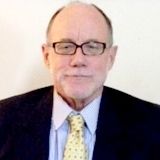 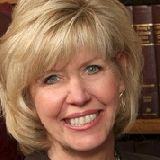 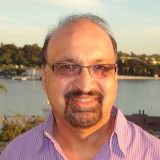 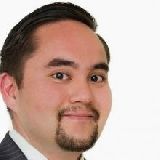 
Bankruptcy and Foreclosure Defense
Chapman University Fowler School of Law
Show Preview
View Website View Lawyer Profile Email Lawyer
There are many people who tend to think that filing for bankruptcy is merely a form of submission and an excuse for deep veins of financial heartache. This, however, is completely untrue. Rather, filing for bankruptcy is a proactive form of debt relief. If you have the ability to work your way out of a pit of debt and monetary distress, then you don’t want to wait any longer to begin. With the help of 1st California Law, Inc., you will be able to entrust your situation to the careful understanding of an Orange County bankruptcy attorney. With years of... 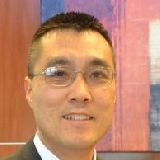 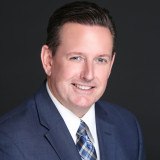 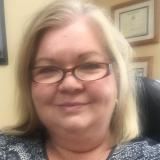 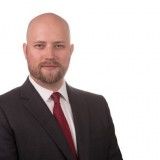 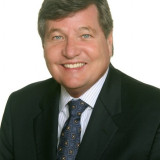 Claimed Lawyer Profile
Charles William Daff
Santa Ana, CA Bankruptcy Attorney with 44 years of experience
(657) 218-4800 2107 N Broadway
Ste 308
Santa Ana, CA 92706
Bankruptcy and Collections
Western State Univ
Show Preview
View Lawyer Profile Email Lawyer
Charles W Daff is a Certified Bankruptcy Specialist by The State Bar of California with over 43 years of experience as an attorney for debtors and creditors.  Charles represents clients in the United States Bankruptcy Court, Central District of California in all of its Divisions. Charles Daff is currently a Chapter 7 Panel Trustee in the Riverside Division with over 33 years experience.   Designated a “Super Lawyer”, an award granted to the top 5% of attorneys in Southern California. Charles is a member of the Orange County Bar Association, American Bankruptcy Institute, National Association of Bankruptcy Trustees, National Association of Consumer... 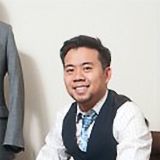 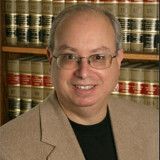 The Oyez Lawyer Directory contains lawyers who have claimed their profiles and are actively seeking clients. Find more Fullerton Bankruptcy Lawyers in the Justia Legal Services and Lawyers Directory which includes profiles of more than one million lawyers licensed to practice in the United States, in addition to profiles of legal aid, pro bono and legal service organizations.