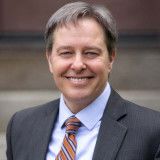 We are a full-service law firm that provides a range of quality legal services with a particular emphasis in bankruptcy and personal injury. Robert is a highly rated and skilled attorney with over 23 years of experience. As a lawyer in private practice, Robert has represented...

Spokane, WA 99224
Free ConsultationAnimal, Business, Criminal Defense and Nursing Home
Gonzaga University School of Law
Show Preview
View Website View Lawyer Profile Email Lawyer
I am an attorney in Spokane, Washington with a general litigation practice, which means I have experience in most areas of the law. I do focus much of my practice on criminal defense and personal injury. I am licensed to practice if Washington and the federal courts in the Eastern District of Washington. Prior to law school, graduated from the University of Washington and then worked as an intelligence analyst for the Washington State Patrol. I obtained a certificate in forensic science from the University of Washington. I went to Gonzaga University School of Law where I was...

The Oyez Lawyer Directory contains lawyers who have claimed their profiles and are actively seeking clients. Find more Yakima County Animal & Dog Lawyers in the Justia Legal Services and Lawyers Directory which includes profiles of more than one million lawyers licensed to practice in the United States, in addition to profiles of legal aid, pro bono and legal service organizations.