Claimed Lawyer ProfileBlawg SearchSocial Media
Kevin C. Ford
Atlanta, GA Animal & Dog Law Lawyer with 31 years of experience
(855) 529-3673 2894 Piedmont Rd NE
Atlanta, GA 30305
Free ConsultationAnimal, Medical Malpractice, Nursing Home and Personal Injury
The University of Toledo College of Law
Show Preview
View Website View Lawyer Profile Email Lawyer
My origins are fairly simple. My father had played football and graduated at/from the University of Notre Dame and married his high school sweetheart prior to serving his country in the U.S. Army in Germany. Upon their return to Michigan, I was born several years later in the mid-1960s. As a Midwesterner, I have a tendency and proclivity toward hard work. During law school, I had the opportunity to interact with former U.S. Supreme Court Justice Sandra Day O'Connor which was an intellectual thrill for me! I started my law career defending hospitals, doctors, nurses, surgeons and... 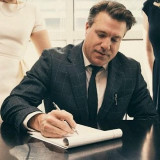 Free ConsultationAnimal, Insurance Claims, Personal Injury and Products Liability
The John Marshall Law School
Show Preview
View Website View Lawyer Profile Email Lawyer
Bryce Angell grew up in North Georgia, where he began learning the art of practicing law from spending time in his father’s law office. He developed a sense of justice and a passion to stand up for the rights of others who are in need of help from an early age. Bryce acquired a business degree from the University of South Carolina-Spartanburg and a J.D. from John Marshall Law School. He then began his career working for a prominent personal injury law firm in Atlanta. He has since established The Angell Law Firm, LLC, an Atlanta-based law firm that primarily... 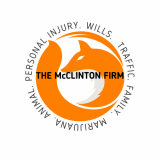 Claimed Lawyer ProfileBlawg SearchSocial Media
R. Shannon Carpenter
Athens, GA Animal & Dog Law Lawyer with 19 years of experience
(706) 395-5529 824 S Milledge Ave
#203
Athens, GA 30605
Free ConsultationAnimal, Legal Malpractice, Medical Malpractice and Personal Injury
Georgia State University College of Law
Show Preview
View Website View Lawyer Profile Email Lawyer
R. Shannon Carpenter is a native of Augusta, Georgia and has been practicing law in Atlanta since 2003. Mr. Carpenter received his undergraduate degree from University of Georgia and is a graduate of Georgia State University College of Law where he graduated with honors. Prior to founding Sammons & Carpenter, P.C., Mr. Carpenter practiced at one of the more respected law firms in Atlanta, Georgia where his practice was focused on defending some of the largest insurance companies, commercial trucking companies, and product manufacturing companies in the world. His practice is now devoted entirely to helping the injured and...

Claimed Lawyer ProfileSocial Media
Thomas Reuben Burnside III
Augusta, GA Animal & Dog Law Lawyer with 31 years of experience
(706) 432-8320 2919 Professional Pkwy
Augusta, GA 30907
Animal, Medical Malpractice, Personal Injury and Workers' Comp
Mercer University Walter F. George School of Law
Show Preview
View Website View Lawyer Profile Email Lawyer
I am an experienced and dependable Attorney at Burnside Law Firm. For over 25 years, I have been dedicated to providing outstanding representation for injured clients. My practice focuses on Motor Vehicle Accidents, Medical Malpractice, Nursing Home Neglect and Abuse, Personal Injury, Premises Liability, Workers’ Compensation, and Wrongful Death. I have been successful in hundreds of cases and have recovered millions of dollars for my clients. I am committed to helping you and your family recover the compensation you need and deserve.

Free ConsultationAnimal and Personal Injury
Western Michigan University Cooley Law School
Show Preview
View Lawyer Profile Email Lawyer
One of my clients described me as “a no-nonsense direct and to the point kind of guy.” I couldn’t agree more. My clients get frank and useful advice because I evaluate each case that I handle meticulously, turning over every stone and confronting each potential issue head-on. 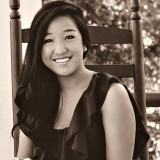 Claimed Lawyer ProfileSocial Media
Terance Madden
Augusta, GA Animal & Dog Law Attorney with 24 years of experience
(706) 524-7784 431 Walker St
Augusta, GA 30901
Animal, IP, Patents and Personal Injury
Vanderbilt University Law School
Show Preview
View Website View Lawyer Profile Email Lawyer
T. Madden & Associates, P.C. is Georgia’s premier Personal Injury Law Firm bringing civil justice to aggrieved victims by Turning Injury To Cash® since 1998. We have offices located in Atlanta, Jonesboro, and Augusta to serve as many victims of personal injury as possible. With over 50 years of combined experience, we have helped thousands for Georgians receive deserved reparations involving negligent activity. Let us protect your rights and turn your injury into cash. Whether you have already given a recorded statement to the insurance agency, we are here to protect you and bring justice. Call us at 833-PAID-123...

The Oyez Lawyer Directory contains lawyers who have claimed their profiles and are actively seeking clients. Find more Wilmington Island Animal & Dog Lawyers in the Justia Legal Services and Lawyers Directory which includes profiles of more than one million lawyers licensed to practice in the United States, in addition to profiles of legal aid, pro bono and legal service organizations.