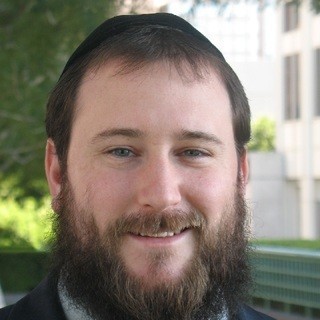 Yitz Weiss is an employment and civil rights attorney with over a decade of experience in litigating a variety of employment law cases, including unpaid wage and overtime claims, discrimination, harassment, FEHA, Unequal Pay Act, wrongful termination, and sexual assault cases. Yitz counsels clients on pre-litigation employment disputes and represents them from the inception of a lawsuit all the way through trial and even on appeal. Yitz routinely serves as counsel in mediations, binding arbitrations and in major trials.

After receiving his Juris Doctorate and being admitted to the California State Bar in 2006, Yitz began his legal career with Kaplan Lee LLP. Based on his all-around excellent work for his clients and the firm, Yitz became a partner in the firm, and it was later renamed to Kaplan Weiss LLP.

In recognition of his excellent legal work, Yitz has was named a Rising Star by “Super Lawyers” in 2015 and 2016. He also received the Clients’ Choice Award by “Avvo” and in 2018 was named a Client Champion by Martindale-Hubbell.

Yitz is a regular speaker on a variety of legal subjects, including the interplay between civil and religious law in areas of business and the Constitution. He teaches classes in law, ethics, and religion.

Partner
Kaplan Weiss LLP
2014 - Current
This firm was known as Kaplan Lee LLP until January, 2014 when it adopted its current name.

Q. Are there hour requirements for salary
August 30, 2019
A: If you are properly classified as an exempt employee and paid on a salary basis, then your employer could increase your hours without any additional pay, unless you have a contract that states otherwise. That being said, many employees are incorrectly classified as exempt and paid a salary when they should be paid hourly and be entitled to overtime compensation. You should consider consulting with an experienced employment lawyer to evaluate your particular situation.

Q. Can a company ask you to work for 2 days as a "work test" period with no pay before they offer to hire you?
July 18, 2019
A: You are required to be paid at least minimum wage for all hours you perform work on behalf of the company. This sort of work-for-free period would not be permitted.

Q. What can I do about getting fired and not getting payed?
July 17, 2019
A: Under California law your employer is generally required to pay your final wages at the time of your termination. If they failed to do so, you may recover the unpaid wages plus you may be eligible to recover a penalty in the amount of your daily earnings for up to 30 days. You should consider consulting with an experienced employment lawyer to further evaluate your potential claims.