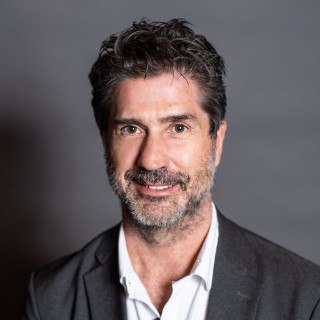 Arizona Injury Law Group was ranked by U.S. News & World Report as a First-Tier "Best Law Firms In Arizona", 2020. Former staff attorney at the Industrial Commission of Arizona. Certified by the State Bar of Arizona as a "specialist" in workers' compensation since 2010. Recognized in Best Lawyers in America since 2013. Admitted to practice in Arizona, California, Arizona Federal Court, and before the United States Supreme Court.

I currently serve on the legislative committee for Arizona Association of Lawyers for Injured Workers (AALIW). My role includes interacting with lobbyists and industry stake holders, attending legislative sessions, offering legal opinions, and participating in strategy development for the purpose of advancing the interests of injured workers in Arizona. In this role I have testified before legislative bodies and government agencies.

Arizona
State Bar of Arizona
Since 1994

Outstanding Leadership Award
State Bar of Arizona
2010
In recognition as Co-Chair of the Workers' Compensation Section.

http://azworkcomplaw.com (602) 346-9009 How to Prepare for Your AZ Workers' Compensation Deposition - ES subtitles With Spanish Subtitles. Attorneys Weston Montrose and Briana Chua are Certified by...

The Independent Medical Exam in an Arizona Workers' Compensation Case

http://azworkcomplaw.com (602) 346-9009 What is an “IME”? If there the insurance company has a dispute or doubt about your medical condition in your case, then they can require that you...

What is a Forthwith Report? Info from a Top Arizona Work Comp Attorney

http://azworkcomplaw.com (602) 346-9009 Failing to “Forthwith Report” your injury can damage your Arizona Workers’ Compensation Case. When an accident occurs the law states that...

http://azworkcomplaw.com (602) 346-9009 Arizona Injury Law Group is the top law firm in Arizona for those injured at work. Call us today - no retainer required!

Q. If I am on workers comp, and my current employer cannot work with my work restrictions,what is the issue for new job?
19 August 2020
A: Here are some instructions I supply to my clients who have been released to work with restrictions: RETURN TO WORK WITH RESTRICTIONS (LIGHT DUTY) You have been released to modified work. If you are unable to return to your job or are receiving a lesser income due to your injury, you may still be entitled to receive “temporary partial” benefits. In order to receive benefits, you need to understand the following: • Temporary partial benefits are payable every 30 days. • Complete a Monthly Status Report indicating any income and/or the efforts of your good faith search for work within your restrictions. Your temporary partial benefits are not determined until the insurance company is provided with the completed form. • You are required to make yourself available for employment, making a sincere effort to find work within your physical limitations. This applies even if you have significant limitations (for example: “seated work only” or “no use of arm” or “no lifting over 5 lbs”). • You should start by going to you date of injury employer to inform them that you have been released to work with restrictions (provide them with a copy of the medical note stating your current limitations). • If your date of injury employer offers you light duty work (within the restrictions specified on the medical note) you should accept the offer (even if it is for a different position, for less hours, or at a reduced rate of pay). If your date of injury employer is unable or unwilling to offer you modified work within your restrictions you are then obligated to make a good faith attempt to find other work (even if this is a temporary position, a different occupation, part time, or at a lower rate of pay). • You can satisfy your obligation to find other work using any reasonable method (for example: answering ads from Craigslist, filling out online applications, submitting an application or resume through an online job search site, filling out or submitting a written job application in person at a place of possible employment, or just asking any potential employer if they have suitable work available). • List on the form the places where you have sought employment- at least three places for each monthly report. • If you do have earnings (either with your date of injury employer or some other employer) report your gross earnings (wages before taxes or any other deductions) but do not include any vacation pay, sick pay, or other benefits you receive that were accrued prior to your injury. If you have no earnings you must write “0” or “none” as your earnings. • If you receive unemployment checks, indicate the amount on the form as “gross earnings” in the designated space. Once you have completed the form and it is signed/dated send it to your lawyer, NOT the insurance company. Your “temporary partial” benefits should then be calculated as follows: 66 2/3 of the difference between whatever you earned (or received from unemployment) and your Average Monthly Wage.