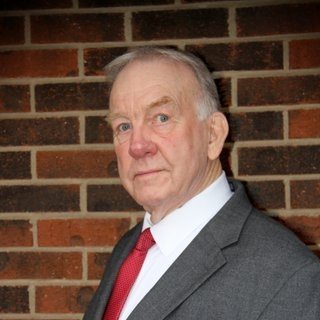 Walter joined the Law Office of Patton Brown Law in July 2013 following the merger of this Law Office and his existing disability practice. Prior to the merger, he was in practice with the firm of Lewis & Patterson in Statesville, having joined the predecessor of that firm after graduation from UNC Law School in August 1971. Walter earned a BA degree in History in 1962. Walter served in the US Marine Corps and US Navy. He served 6 years with INS (Border Patrol) throughout the United States. Walter’s first exposure to Social Security disability law was in the mid-1970’s when he was asked by the Deputy Clerk for the US District Court in Statesville to assist 3 persons who had been denied administratively and had cases before the Court. After being successful in 2 of these 3 cases, he began to assist more and more claimants seeking Social Security disability benefits, until Social Security law became his sole legal work by 2000. Walter was a founding member of the loosely formed Social Security Lawyers Group, an informal association of attorneys practicing in the Social Security disability field that was modeled after NOSSCR, which he had already joined in 1984. This group later became the NC Advocates For Justice Disability Advocacy Section. He was in the first class of attorneys trained in Social Security Disability Law as a NC Board Certified Specialist. He is also a member of NC State Bar, a NC Bar Association Member, and has been admitted to practice in the Western and Middle US District Courts of NC and the US 4th Circuit Court of Appeals. Walter has been married 45 wonderful years to his wife Haydee and has two children and 2 grandchildren. In his spare time, he enjoys traveling, reading and gardening. Walter has been very active in Trinity Episcopal Church and Diocesan level functions, and has served on many community non-profits boards over the years.