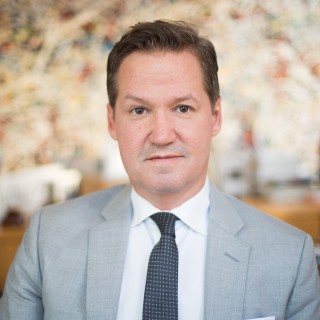 Walker G. Harman, Jr., graduated from the Fordham University School of Law with a J.D. in 1999. At Fordham Law School, he was a member of the Moot Court Board and the Criminal Defense Clinic and an editor of the Environmental Law Journal. He also served as President of the Fordham Student Sponsored Fellowship, where he was charged with the distribution of hundreds of thousands of dollars in scholarship funds to students to enable them to work with not-for-profit organizations, and co-chaired the LGBT Students Organization, where he worked directly with Fordham's Dean and other administrators to address diversity and issues of discrimination on campus.

In 2003, after several years as an associate with a large international law firm where he specialized in complex commercial litigation, he formed his own practice, The Harman Firm, LLP. The Harman Firm focuses almost exclusively on employment law, including discrimination, executive compensation, retaliation, sexual harassment, whistleblower, and wage-and-hour litigation on behalf of employees. Since its foundation, The Harman Firm has successfully represented employees in hundreds of employment discrimination cases and complex wage-and-hour disputes, including collective and class actions, and has achieved seven-figure resolutions for high-income individuals, including attorneys, bankers, executives, and other high-level professionals.

Fordham University School of Law
J.D.
1999
Honors: Moot Court Board; Criminal Defense Clinic; Intellectual Property Law Journal; Recipient of a Fordham student-sponsored Fellowship; ultimately elected President of the Board of the Fellowship; Judicial Intern for the Honorable Denny Chin (SDNY); Judicial Intern for the Honorable Deborah Batts (SDNY); Recipient of award for service in the area of public interest.

What Is Employment Discrimination?

LegalFaces Directory http://www.legalfaces.com/search/new-york-employment The Harman Firm, P.C. Attorneys and Counselors At Law http://www.theharmanfirm.com/ Call us at 212.425.2600 Video Transcript: Employment discrimination is when your employer has subjected you to an adverse employment action with discriminatory animous. ...