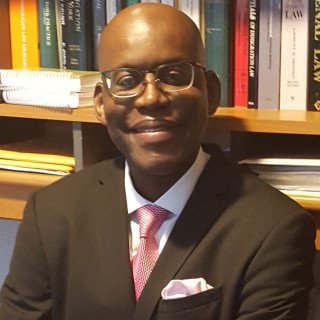 Attorney Vince Sykes is a veteran of the United States Air Force, where he served on active duty, as an enlisted, and earned several distinguished medals to include Good Conduct Medal and Overseas Tour of Duty.

Vince’s career spans engineering positions in Silicon Valley where he worked for high-tech companies such as Cisco Systems, Bay Networks, Alcatel-Lucent, and various technology start-ups. Vince was a member of the Alcatel-Lucent team that designed and developed AT&T’s 4G cellular network.

Born in Washington DC to diplomat parents but a citizen of Ghana, Vince grew up in various countries to include Moscow, London and Ghana. His multicultural background is reflected in his work as an attorney. While engineering was Vince's childhood passion, he developed a deeper appreciation for criminal justice and civil rights after relocating to the United States.

Law was a logical next step, which today allows Vince to confront social injustices and disparities within our criminal justice system. As a victims' advocate--civil rights, personal injury--Vince will go to the edge of the law to right wrongs and fight vigorously for the underdog.

U.S. Court of International Trade
Since 2018

Q. Can an asylum applicant (who has SSN and Employment Authorization because of it) legally buy a gun?
April 10, 2021
A: You need to get a permit; whether you can legally purchase or not. Work permit and SS number don’t confer you status. In fact you have no status, but perhaps refugee seeking to remain in the US. And any weapons offense could negatively impact your asylum application.

Q. De-Scheduled Naturalization Interview
April 2, 2021
A: You basically have to wait. But check the online info site periodically to see if there are any updates. Communication with USCIS is on a simplex basis, so requires patience.

Q. N 400 Naturalization Interview
April 1, 2021
A: Presumably you will be looking to petition for your wife, which is the I-130 petition and of course showing of legit marriage. Your N-400 is based solely on your qualifications--married or not. Needless to say, if asked about your marital status at the interview, you answer accordingly.