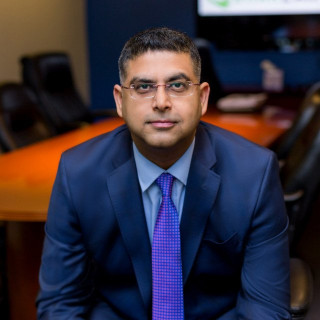 Heading up Dhar Law, LLP, Vikas S. Dhar is widely recognized as a leader in the New England legal community. A "Top 40 Under 40" criminal defense attorney, he has annually been honored as a New England Super Lawyer in the area of White-Collar Criminal Defense for each of the past 9 years by Boston Magazine. His philosophy on socially conscious business practices and community contributions have been profiled by Forbes, American Bar Association Journal, the Boston Globe and the Boston Business Journal.

Regarded as powerful in the courtroom and unflappable at the negotiating table, Vikas talks fast because he thinks fast, and clients rave about his calming demeanor, friendliness and never-ending energy reserves.

Vikas was recently tapped by the U.S. District Court to sit on a Merit Selection Panel to recommend a new Magistrate Judge and to advise on the reappointment of a sitting Magistrate Judge. He has been recognized by the National Trial Lawyers Organization as a Top 100 Massachusetts Defense Attorney, and in 2012, alongside a U.S. Congressman and other honorees, he was presented with an “Excellence in the Law: Up & Coming Attorney” award by the Massachusetts Bar Association and Lawyers Weekly.