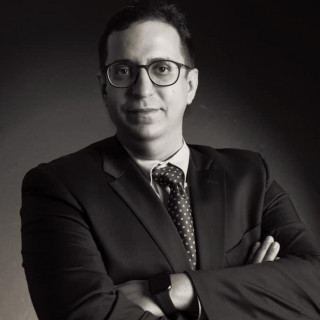 A Compassionate, Affordable Attorney who will Fight for You!
Badges
Claimed Lawyer ProfileQ&ASocial MediaResponsive Law
Biography

Victor M. Feraru is an attorney whose childhood experiences make him a fierce advocate for others. He understands the importance of advocating for others effectively, with compassion and care. He provides creative and effective legal solutions for his clients as affordably as possible.

As a child and young man, Feraru was in over 40 foster and 3 group homes. He was later adopted. His past experiences inspire him to be the kind of advocate who goes the extra mile for his clients. He provides creative legal solutions with compassion and diligence for his clients.

2018 Top 20 Law Student of the Year
The National Jurist Magazine
2018
In honoring 20 law students — five from each region of the United States — the magazine for a third year is recognizing students “who contributed the most to their schools or communities.” “The law students who grow the most tend to be the ones who stretch and push themselves,” the magazine states. “They push themselves to help better their law schools, to help better their communities and to help those in need.”

Jargon, Legalese And The Bluebook: My Conversation With Judge Richard A. Posner
The Huffington Post
December 30, 2016

Q. Can I use photos / text messages as evidence ? Instead of a police report
October 10, 2022
A: Yes, but you'll (1) need counsel, (2) need to know how to present it to the court. Text messages are considered evidence in the right context.

Q. If Docket/Index numbers vary among a Warrant of Eviction, Notice of Petition, Petition... is that grounds for dismissal?
September 29, 2022
A: I don't think it is. Although it shouldn't have been filed or served that way--it may, and I say MAY be a reason to delay. Generally, these errors happen and are easy to fix. You'd be better off not representing yourself in an eviction for a number of reasons.

Q. How do I get an ongoing Criminal Court Order of Protection dropped by an ADA?
September 6, 2022
A: There are a number of ways to attempt to get an order of protection dismissed or modified. Your question would require a bunch of facts be described before you could have a real answer from me. I often help in these matters.