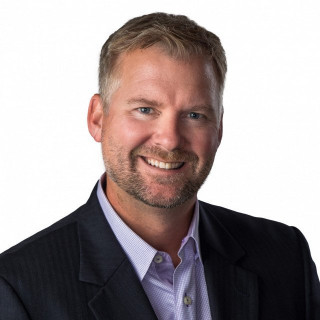 Truman Griffith is a partner with Warner Law Offices and a dedicated advocate for his clients. He has successfully represented thousands of injured men, women and children over the course of his law practice. He chose to practice personal injury law very early in his career because of his strong desire to help the "little guy." Whether these individuals are injured by the actions of corporations that put profits over safety or are simply being offered unfair amounts by the insurance companies responsible for compensating them, Truman is extremely passionate about standing up for those who are facing down these corporate giants.

He is enthusiastically involved in the local community. In recent years, he has volunteered his time to help coach a local high school boys basketball team during their off-season. He has also spent time lecturing local high school freshman on the importance of education, finishing high school, making smart decisions and the dangers associated with drinking and driving and driving while under the influence of drugs. Truman also volunteers his time to Beyond the Backyard, a Bobby Warner Charitable Youth Foundation that focuses on getting kids outdoors.

Truman grew up in Charleston and graduated from George Washington High School in 1996. He then went on to earn a Bachelor of Arts degree in History from Hampden-Sydney College in 2000. In 2004, he earned his law degree from the West Virginia University College of Law, where he served on the WVU College of Law Moot Court Board. He is admitted to practice before the West Virginia Supreme Court of Appeals, the United States District Court for the Southern District of West Virginia and the state of Colorado.

When not practicing law, he enjoys spending time with his wife, Lindsay Jackfert Griffith, his children, Madison, Alex, Jack, and Caroline. He also enjoys travelling, running, golfing, coaching his son’s baseball and soccer teams and cheering on the West Virginia Mountaineers.