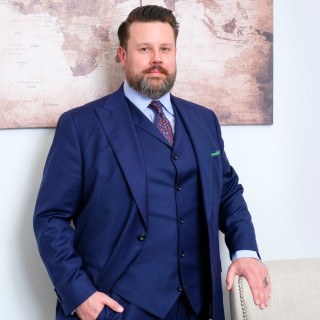 Tracy S. Reeves, Jr. graduated from the University of Alabama with a Bachelor’s Degree in both Criminal Justice and Political Science. He then graduated from Atlanta’s John Marshall Law School in 2010 after taking a year off to work at Hawkins, Parnell & Young, LLC in the Asbestos and Products Liability Litigation Divisions.

Tracy began his legal career as an Assistant District Attorney in the Coweta Judicial Circuit. There he helped in establishing the Gang Intelligence Network as well as training prosecutors and law enforcement officers in investigating and prosecuting gang cases. Tracy was also the head of the Coweta Child Protocol that aided in the investigation and prosecution of allegations of child physical and sexual abuse. Tracy then moved to the DeKalb County District Attorney’s Office where he served as a Senior Assistant District Attorney in both the Trial Line Division and the Sexual Exploitation and Crimes Against Children Unit.

Mr. Reeves utilizes this experience to ensure that your rights will be protected in every aspect of your case; from arrest to trial. Capital cases, gang cases and child cases demand specialized skills, training and experience to defend due to the complicated nature of these cases. Mr. Reeves has successfully resolved cases from traffic citations to murder. Every client and case are important to Mr. Reeves and he remains accessible throughout the process.

Q. My boyfriend recently got arrested in georgia for theft by bringing stolen property in another state.
5 April 2021
A: If he was arrested for Theft by Receiving Stolen Property, the State will need more evidence than just possession of a stolen gun. Case law in Georgia is quite clear on the fact that people buy and sell guns individually and often; therefore, there must be actual evidence that the person possessing the stolen gun "knew or should have known" that the gun was stolen.

Q. If the grand jury calendar shows special presentment under the case, what does this mean?
16 March 2021
A: This essentially means that the charges on the indictment are not a result of an arrest warrant. Where the general procedure is for a law enforcement agency to perform an investigation, execute an arrest warrant and then provide the prosecuting agency with their file. The prosecutor then reviews the reports and decides what charges to indict from the warrants and if there are additional charges. A special presentment occurs where there was a criminal investigation and instead of obtaining an arrest warrant from a magistrate judge, the prosecutor's office presents the case to the Grand Jury and they, not the Magistrate Judge decide if there is probable cause to move forward.

Q. Questioning the legality of a search of a passengers purse
4 March 2021
A: Based on what you have stated, there appears to be probable cause to search. While open air K-9 sniffs and alerts can be attacked on many levels such as K-9 training records, past false alerts and improper signaling; the fact that drugs were found inside the vehicle drastically diminishes that argument. As for the search of the purse, during a probable cause search of a vehicle for drugs, officers are permitted to search anywhere in the passenger compartment, including bags, boxes, etc., as long as it is reasonable to believe drugs can be found there. This does not mean that you have no defenses. You need to hire an attorney that can analyze the initial probable cause for the stop, the length of time it took to get the K-9 among other defenses.