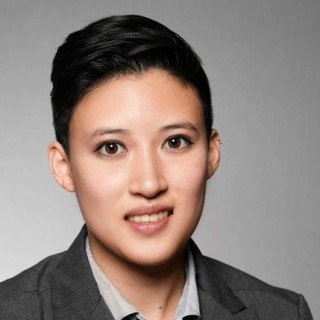 Tina T. Tran (known to her close friends as Ty) is a second-generation Vietnamese American. As an ardent social justice advocate, Tina is committed to providing accessible, affordable, and affirming legal support and advocacy to people of all backgrounds and circumstances. She prides herself on giving her clients the fresh start they deserve, whether that be through filing for Bankruptcy, or through the Expungement and Sealing of criminal records. Tina grew up in the California Bay Area, and she learned early on about the wide discrepancies between people of different economic or racial backgrounds and their access to the legal system. She completed her undergraduate studies at the University of California, Santa Barbara, where she studied Philosophy and Spanish, then went on to receive her Juris Doctorate degree and Certificate in Advocacy from Loyola University Chicago School of Law. She is licensed to practice law in Illinois and the U.S. District Court for the Northern District of Illinois. Upon relocating to Chicago, Illinois, Tina first spent a year in the North Lawndale neighborhood co-teaching and running after-school programs for underprivileged and low-income African American students. While attending law school, Tina became very involved with Cabrini Green Legal Aid, where she represented clients in petitioning for Clemency and applying for Health Care Waivers, as well as those petitioning for Expungements and Sealing of criminal records. Tina has a lengthy background in the area of Criminal Defense, and she has volunteered as an interpreter for Vietnamese-speaking Immigration clients. Before starting Needle & Thread Law LLC, Tina worked as a Bankruptcy Attorney in Joliet, Illinois, representing debtors in Chapter 7 and Chapter 13 Bankruptcy cases.

Northern District of Illinois
Since 2015

The Lesbian and Gay Bar Association of Chicago
Member
Current