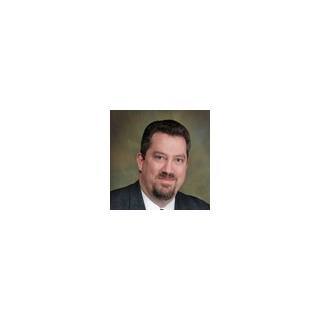 Mr. Sullivan began his practice with McCormick Barstow in 1986. After practicing elsewhere, including being a founding partner in a small firm, he returned to McCormick Barstow in 2008. Although he has tried cases to verdict in many subject areas, including real estate disputes, agent errors and omissions, title insurance disputes, and a wide range of business related litigation ranging from breach of contract to fraud and unfair business practices, his practice now focuses upon insurance coverage and bad faith. In addition to over 25 jury trials, Mr. Sullivan has also tried numerous bench trials involving breach of contract and declaratory relief. His trial practice has taken him from the federal courts to county courts throughout the San Joaquin Valley. He has also handled appeals in the California Supreme Court, the Fifth District Court of Appeals in Fresno, and the U.S. Ninth Circuit. Mr. Sullivan has often spoken at training seminars for both insurance professionals and lawyers on subjects pertaining to insurance and trial practice. He has also written chapters on property insurance, liability insurance, errors and omissions insurance, title insurance and bad faith for five books published by the Continuing Education of the Bar (CEB), a program administered by the State Bar and the University of California. Mr. Sullivan is admitted to practice law in California (1987); the U.S. District Courts, Northern, Central, Eastern and Southern Districts of California; and the U.S. Ninth Circuit Court of Appeals.

University of Missouri School of Law
Juris Doctor (1986)
Honors: Tim was selected to represent Mizzou in the Nelson National Moot Court Competition. Tim and his partner beat out teams from some of the most prestigious law schools in the nation to receive the "Best Brief" award.
Activities: Tim completed the Clinical Law Program and Internship in the Office of the Public Defender of Boone and Callaway Counties, and received recognition for his "high academic achievement and faithful service."

University of Missouri
B.A. (1983) | Political Science
Honors: Tim was awarded an Honors College Certificate [more than 20 units of Honors College courses, and a GPA over 3.5].
Activities: Tim served as a Legislative Intern for Missouri State Senator Harriett Woods. He testified before a joint Senate/House subcommittee regarding the fiscal impact of one of Senator Woods' bills. He also received an award for "extraordinary service" from the Missouri House of Representatives.

LiveVault, Lojack, RemoteKill, Oh My! How Can You Protect Your Computer Data?
Fresno County Bar
November, 2007