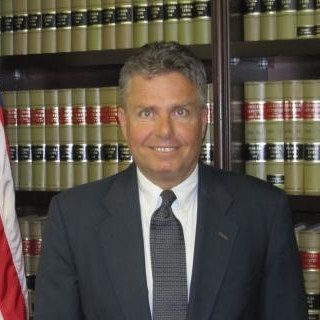 Thomas J. Ali, Esquire
Personal Injury and Criminal Law Divisions
Phone 561-748-8000
Fax 561-748-9000
tali@jupiterlegaladvocates.com
Thomas J. Ali, Esquire manages the firm’s Personal Injury and Criminal Law Divisions. He was born on October 26, 1958 in Elizabeth, New Jersey. Mr. Ali and his family moved to the Delray Beach, Florida area in approximately 1973. He graduated from Delray Beach Atlantic High School in 1976. Mr. Ali obtained his Bachelor of Arts Degree from the University of Florida in 1980. He was a member of Sigma Alpha Esplison Fraternity, Florida Upsilon Chapter. Mr. Ali received his Juris Doctorate from University of Florida College of Law in 1983. Upon graduation, Mr. Ali served as Law Clerk to the Honorable Jack R. Schoonover, Second District Court Appeal. He next served as an Assistant Public Defender for the Tenth Judicial Circuit, defending major felony and criminal charges. Mr. Ali is an active member of the Florida Justice Association and the Palm Beach County Bar Association. He is an extraordinarily experienced trial attorney having tried many cases to jury verdict. Mr. Ali served as both a member and Chairman of the Fifteenth Judicial Circuit Attorney Disciplinary Committee. Mr. Ali is actively involved in local youth sports and volunteer organizations. He is a communicant of St. Patrick’s Church in Palm Beach Gardens, Florida, where he lives with his wife of twenty-five (25) years, Mary Beth, and their four (4) children. Mr. Ali’s hobbies include tennis, basketball, physical fitness and watching his two (2) youngest children play travel-all star baseball.
Tthroughout his twenty-eight (28) year legal career Mr. Ali has handled various trial matters at the County Court, Circuit Court, and Administrative levels on a non-jury and jury basis. He has participated in dozens of appellate matters, many resulting in significant decisions from Florida Appellate Courts. Below is a summary of some of Mr. Ali’s reported cases:
Guncheon v. The Town Council of North Palm Beach, 1 FLW Supp. 5 (August 10, 1992). (Involved a successful challenge to the Village of North Palm Beach Code Enforcement Board concerning the construction of a gazebo in a resident’s yard).
Lake v. McDonald, 2 Fla. L. Weekly Supp. 224 (March 24, 1994). (Upheld a challenge to an arbitration award)
Reliable Reprographics Blueprint and Supply, Inc. v. Florida Mango Office Park, Inc. 645 So. 1040 (Fla. 4th DCA 1994). (One of the leading Florida cases governing appeal of orders concerning attorney’s fees and cost awards).
Patterson Outdoor Advertising v. Department of Transportation, 651 So. 2d. 784 (Fla. 4th DCA 1995). (The court holds absence of proper notice either that fees for billboards on I-95 were coming due or that they were late and must be paid within thirty (30) days required reversal of the order the Florida Department of Transportation denying applications for billboard permits).
DeSantis v. DeSantis, 692 So. 2d. 300 (Fla. 4th DCA 1997). (The District Court affirmed final judgment of dissolution of marriage).
Binkerd v. Svendsen, 724 So. 2d 1264 (Fla. 4th DCA 1999). (In an estate case the appellate court reverses the trial court in granting a summary judgment and remands for a trial).
McArdle v. McArdle, 753 So. 2d 696 (Fla. 4th DCA 2000). (The court holds non-custodial parent should be granted reasonable visitation with a child unless there is proof of extreme circumstances, or the trial court finds that the visitation will adversely affect the welfare of the child).
In Re: Relief: Margaret Helm, Chapter 2002-313 Laws of Florida Acts 2002 (June 11, 2002). (Legislation passing equitable claim bill approved by Florida Governor for injured claimant in action against Martin County, Florida where a volunteer fireman runs over claimant acting as Good Samaritan assisting elderly couple injured in accident).
Cacciatore v. Fisherman’s Wharf Realty, 821 So. 2d. 1251 (Fla. 4th DCA 2002). (Seminal Florida case holding a presumption of tenancy by the entireties arises in connection with ownership of a stock certificate issued in the joint names of the husband and wife, the words “with right of survivorship” are not required to be appended).
Della Ratta v. Della Ratta, 927 So. 2d. 1055 (Fla. 4th DCA 2006). (Seminal Florida case concerning the “family member presumption”, and claims for “unjust enrichment” and imposition of an equitable lien on a condominium apartment relating to claims of a son that with the knowledge and consent of his mother and step-father, he made improvements to a condominium owned by his mother and step-father and paid all expenses in expectation of eventually receiving title to the condominium by gift or purchase, and that the mother and step-father ultimately decided to sell the condominium to a third party. The appellate court ruled in favor of the son by concluding that his claims below for damages for “unjust enrichment” and the imposition of an equitable lien on the condominium should not have been dismissed by the trial court).
Department of Financial Services, Division of Workers’ Compensation v. Lumbert, DOAH Case No: 10-0520. (February 23, 2011). (The Department of Financial Services, Division of Worker’s Compensation sought unsuccessfully to impose a penalty of $43,718.07 against James Lumbert for failing to obtain worker’s compensation insurance coverage. The Administrative Law Judge ruled that not only did the Division fail to properly calculate penalties sought (which originally was over $80,000.00) but that Mr. Lumbert was neither a sole proprietor nor an independent contractor employed in the construction industry at the time of the proceeding at issue. Thus, the Division failed to prove that Mr. Lumbert was an employer/employee in the construction industry required to provide worker’s compensation insurance coverage for himself).