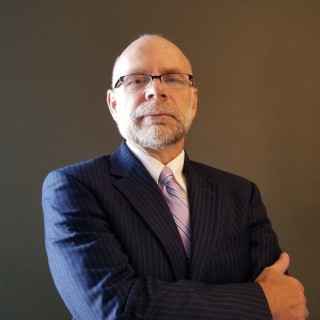 Mr. Roberts was admitted to practice law in Virginia in 1986 and before the United States Supreme Court in 1991. Mr. Roberts has a broad background of experience in litigation and business. His practice includes the successful representation of clientele in obtaining recoveries in cases of personal injury, in commercial disputes, and in civil rights. Additionally, Mr. Roberts has served as corporate counsel and director for several electronic technology corporations. Mr. Roberts is a founder and the principal member of the firm of Thomas H. Roberts & Associates, P.C. He earned his Bachelor of Arts degree with honors in business and economics from Gordon College in New England and his Juris Doctorate degree from the University of Richmond Law School. With a passion for liberty and justice, Mr. Roberts regularly represents individuals protecting rights and enforcing the constraints on government officials guaranteed by the Constitutions of the United States and Virginia. Mr. Roberts family arrived in the United States in 1667 seeking religious freedom – he continues that strong tradition in litigating matters involving religious freedom. Mr. Roberts lived four informative years in Afghanistan, and has witnessed first hand the dramatic differences between countries with deep traditions of religious liberty that have enabled the blessings of a people who understand the gravity of the words adopted on July 4, 1776, “We hold these truths to be self-evident, that all men are created equal, that they are endowed by their Creator with certain unalienable Rights, that among these are Life, Liberty and the pursuit of Happiness.” Mr. Roberts was the first attorney in the history of Henrico County, Virginia to obtain a jury verdict in excess of $1 Million in the Circuit Court. He has worked on numerous trial and appellate cases over the last two decades that have involved briefing and argument of complex issues resulting in both reported and unreported decisions.

Q. My kids Grandmother passed away and my kids should get money what can I do uncle won’t give them any?
November 10, 2021
A: If the Will is valid, then the provision of the will should control. If the Commission of Accounts does not assist you, then one or more of the adult children can file suit as a beneficiary seeking an (1) accounting; (2) an action for breach of fiduciary duties against the executor; and (3) ask the court for a declaration of their rights. If the Uncle never qualified as executor, then somebody should seek to qualify. If the children are all minors, then suit may be filed for them by a adult person acting as "next friend" The funds for the children will be paid in trust to an adult person for their benefit if specified in the will or to the court until they become adults. Find an attorney who litigates estate issues. This answer does not create an attorney–client relationship and is intended solely as a general response. You should engage an attorney to give you specific information.

Q. I recently applied for a name change and was denied due to the fact that my birth certificate only identifies my mother.
November 8, 2021
A: Petitions for name changes are governed by Va. Code 8.01-271. Your dilemma seems to be related to the seemly poorly written statute paragraph B --- "B. Every application shall be under oath and shall include the place of residence of the applicant, the names of both parents, including the maiden name of his mother, the date and place of birth of the applicant, the applicant's felony conviction record, if any, whether the applicant is a person for whom registration with the Sex Offender and Crimes Against Minors Registry is required pursuant to Chapter 9 (§ 9.1-900 et seq.) of Title 9.1, whether the applicant is presently incarcerated or a probationer with any court, and if the applicant has previously changed his name, his former name or names." However, the requirement is not that your birth certificate contains both names, rather it is that your application contain both names. If you do not know the name of your father and have no way to find that out, then you should identify in your petition your father as "John Doe, whose name and identity is unknown after diligent efforts to obtain such information" You may wish to include a detailed description of your diligent efforts to obtain the information. You may also be able to ask the clerk to issue a subpoena to any person who you believe knows the name but will not voluntarily disclose it. You should be prepared to argue to the court that the statute must certainly be read reasonably and that there would be no rational basis to treat the class of persons born where the identity of their fathers is unknown differently which would be an equal protection violation under the Constitution. The fact that the birth certificate states "deceased" suggests that the person supplying the information on your birth certificate knew enough of your father to state that he was deceased. The response above is a general statement of law and is NOT intended to be legal advice to you nor does it create an attorney-client relationship which is expressly denied.

Q. I just realized that I put the wrong year on a signed lease. Is the lease voided. What are the terms for the lease?
November 8, 2021
A: Not really a big deal --- where it is clear that both parties meant and understood the correct year, the court will enforce the lease with the corrected year --- The correction of a scrivener's error is a court-sanctioned action reforming a contract or other document. We note, however, that a court's role in "correcting" documents is limited. The rule is well-settled that a court is not permitted to rewrite a document or add terms not included by the parties. See, e.g., Bentley Funding Group, L.L.C. v. SK&R Group, L.L.C., 269 Va. 315, 330, 609 S.E.2d 49, 56 (2005) (court cannot alter the provisions of or add to the plain language of a contract); Jackson v. Fidelity & Deposit Co., 269 Va. 303, 310, 608 S.E.2d 901, 904 (2005) (court determines the intent of the testator from the plain language of the will and cannot add words to the will). A scrivener's error presents an exception to this general rule, because as the United States Court of Appeals for the Seventh Circuit has observed, scrivener's errors "are difficult to prevent, and . . . no useful social purpose is served by enforcing . . . mistaken terms." S.T.S. Transport Service, Inc. v. Volvo White Truck Corp., 766 F.2d 1089, 1093 (7th Cir. 1985). Thus, a change to a document because of a scrivener's error presents a significant exception to a well-established rule, so we must construe that term narrowly. See, e.g., Davis v. Mullins, 251 Va. 141, 149, 466 S.E.2d 90, 94 (1996) (A court's authority to correct a clerical error under Code § 8.01-428(B) should be narrowly construed and applied.). Westgate at Williamsburg Condo. Ass'n v. Philip Richardson Co., 270 Va. 566, 575, 621 S.E.2d 114, 118 (2005) No attorney-client is created by this response. This is not intended as legal advice but is general legal information. You should engage an attorney if you wish to obtain legal advice for your specific circumstances.