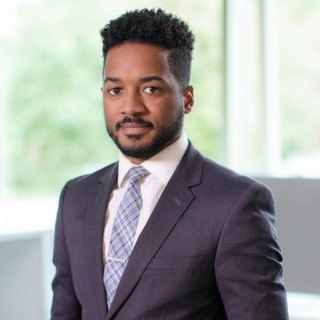 Theodore Briscoe is no stranger to court appearances, having represented more than 2,000 clients across the state of Virginia. With over 6 years of experience in criminal trials, he prides himself in his ability to advocate on the behalf of others.

Originally from Baltimore, Theodore is now living in the hustle and bustle of of downtown Richmond. During his time at Ithaca College, Theodore studied abroad in China, Morocco, and Spain whilst obtaining his Bachelor’s in Business Administration with concentrations in Finance and International Business.

He made the decision to attend William and Mary Law School, where he was one of 3 students selected to be published in the William and Mary Business Law Review. During his time as a law student he interned at prosecutor’s offices and through a legal aid clinic, further diversifying his experiences.

Having made Court appearances all over Virginia; from Richmond, to the greater Fredericksburg area, all the way up to northern Virginia, Theodore has been able to obtain an advanced set of skills. Known by his friends and family as a man who will fight for what he believes in, Theodore quickly became fascinated by the complexities that surround trial work.

His core areas of practice are rooted in jury trials, and “that’s something I would never change,” he says. Captivated by the intensity brought on by jury trials, Theodore admires the level of focus, necessity for raw instinct, and level of preparation each trial demands of him.