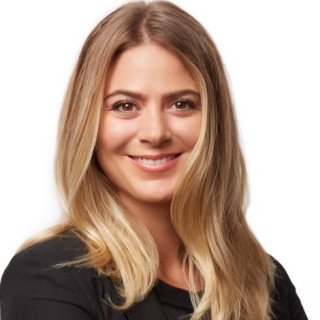 Taylor joined Traut Firm in September 2011. She tried and won her first jury trial within one year of practicing law. She has since tried numerous personal injury cases, as well as co-trying all of Jim Traut's cases. She has achieved numerous six-figure verdicts and Arbitration awards.

She is known for top-quality, aggressive, tenacious representation of her clients, and for her negotiation ability.

Taylor has been selected as a “Rising Star” for 2020. No more than 2.5 percent of attorneys in the state are named to the Rising Star list. She has also been recognized as the National Trial Lawyers Top 40 Under 40 in California based upon her achievements.

Taylor attended the Wharton School at University of Pennsylvania, where she received a Bachelor of Science in economics in 2004. Taylor was admitted to the California Bar in 2011, after receiving her Juris Doctor from UCLA School of Law. During law school she served as law clerk to the Honorable James R. Dabney of the Los Angeles Superior Court, and at Consumer Watchdog. Taylor is a member of the Consumer Attorneys Association of Los Angeles, Orange County Bar Association, Consumer Attorneys of California, and Banyard Inns of Court.