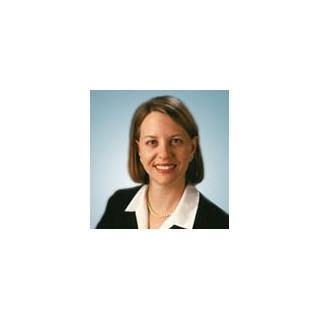 Tamara B. Packard is a Partner in the Madison, Wisconsin law firm Cullen Weston Pines & Bach LLP. Ms. Packard has been practicing law since 1994, primarily in the areas of litigation and appeals, emphasizing employment, labor and civil rights law. She was named a Wisconsin Rising Star in Employment and Labor Law for 2006 and 2007, as announced in Milwaukee Magazine. She also serves as an adjunct professor at the University of Wisconsin Law School.

Ms. Packard frequently represents people with gender, disability and sexual orientation discrimination claims, as well as claims under the wage and hours laws, the State and Federal Family Medical Leave Acts, and in other employment and civil rights disputes. Her litigation and appeals practice also encompasses commercial disputes and serving as local counsel in complex federal litigation.

She is admitted to practice in the state courts of Wisconsin and Michigan, the Federal District Courts for the Eastern and Western Districts of Wisconsin, the Eastern District of Michigan and before the Seventh Circuit Court of Appeals. She also regularly appears on behalf of clients at the Wisconsin Equal Rights Division, the Federal Equal Employment Opportunities Commission, and other administrative agencies.

In 2007, Ms. Packard and Mr. Pines defended, in an Original Action before the Wisconsin Supreme Court, the Wisconsin Ethics Board's right to discipline Judge Annette Ziegler for her violations of the State Ethics Code. The Supreme Court declined Judge Ziegler's request to take her case, and soon after Judge Ziegler admitted to the violations, agreed to pay a $5,000 forfeiture, and also paid the Board's attorney fees.

In 2003, Ms. Packard won her first case in the Wisconsin Supreme Court, In re Bar Admission of Vanderperren, 2003 WI 37. The Supreme Court found that the Board of Bar Examiners wrongfully denied her client the privilege of practicing law in Wisconsin.

In 2001, on behalf of Madison Teachers, Inc., Ms. Packard and Mr. Pines protected the teachers' union's ability to negotiate domestic partner health insurance for school district employees. This victory was achieved in the Wisconsin Court of Appeals in cooperation with attorneys for the Madison Metropolitan School District. Pritchard v. MMSD and Madison Teachers, Inc., 2001 WI App 62.

Ms. Packard is a past-President of the Board of Directors of Fair Wisconsin Education Fund. She continues to serve on the Board. She also writes a regular column for Madison magazine Our Lives. She offers information on legal topics of particular interest to lesbian, gay, bisexual and transgendered people.