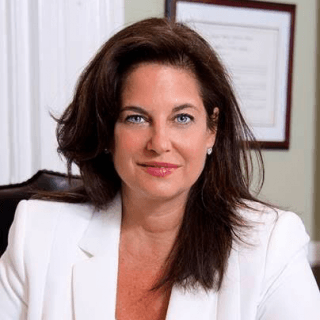 Susan Schroeder Clark has been practicing for over 25 years as a litigator. She is a former prosecutor, defense attorney, and child advocate. She started her career advocating for victim’s rights in the prosecutor’s office trying over 70 jury trials, and hundreds of bench trials. Her trial and advocacy experience have prepared her for her passion for helping children and families at all levels. Ms. Clark began her legal career in 1994 at the Monmouth County Prosecutor's Office where she started in the Appellate section and worked up to Trial Team Leader. She was one of the first prosecutors in the State of New Jersey to civilly commit a serial sex offender for civil commitment after he maxed out on his State Prison sentence. As a team leader, Ms. Clark was responsible for supervising and training other Assistant Prosecutors.
In December of 2007, Ms. Clark started the law firm of Clark & Clark. She has successfully defended all types of criminal cases and represented children in expulsion hearings. Ms. Clark left the law firm of Clark & Clark in 2015 upon being appointed as a municipal court judge. She currently sits as a municipal court judge in the Township of Howell and Borough of Tinton Falls.
She directed her passion for helping children in the area of special education law, out of district placements, guardianship petitions, and expulsion hearings. Special education law is her passion. She has immersed herself in the area of Special Needs Law and advocating for her client’s rights.

Appreciation for effective representation of the IAP at the United Nations on its application for special consultative status.
International Prosecutor's Assocation
2004