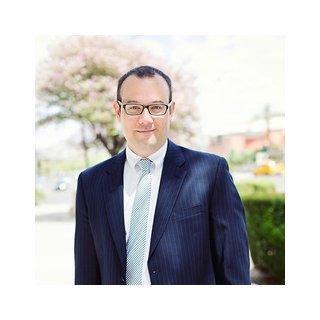 Steven Meyerand received his law degree, summa cum laude, from Michigan State University College of Law in 2007. While in law school, Steven focused his legal education on trial practice as a member of the Geoffrey Feiger Trial Practice Institute. Additionally, Steven received national recognition as a member of the Moot Court program. When Steven graduated, he accepted a position as a Deputy County Attorney with the Maricopa County Attorney’s Office. As a Deputy County Attorney , Steven focused on continuing to develop his skills as a trial attorney. During Steven’s more than 5 years as a Deputy County Attorney, he prosecuted thousands of cases including a variety of felony and misdemeanor offenses in the Superior and Justice Courts of Maricopa County. Steven has conducted dozens of trials throughout Maricopa County. Steven concluded his career at the Maricopa County Attorney’s Office as a member of the elite Vehicular Crimes Bureau where he prosecuted a variety of cases ranging from DUI to Vehicular Homicide. For aggressive DUI representation, Steven Meyerand is your lawyer for all levels of driving and driving violations in Arizona. Call Attorney Steven Meyerand (602) 620-6943 for a free case evaluation!

"A Fair Trial for the Worst of Crimes"
Michigan State University - College of Law
January, 2007

Benefits of Hiring a Former Phoenix Prosecutor | AM Law Attorneys

How does prosecution experience help in the world of criminal defense? Steven Meyerand, a Phoenix attorney explains how as a former prosecutor, he spent thousands of hours of on-the-job training...

What do you need to know when seeking a free case evaluation from Phoenix attorneys at AM Law? This short video gives you all of the information that you will...

When choosing a Phoenix Criminal Defense Attorney, AM Law believes in a personalized approach to understanding the client needs, budgets and the reality of the clients legal case. What sets...