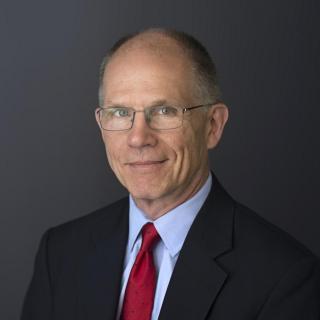 Steve Yale-Loehr is an Attorney Of Counsel in Miller Mayer Immigration practice group. He brings 30 years of immigration law experience to bear in advising corporate and individual clients on a broad array of family- and employment-based immigration matters. In addition to his work at Miller Mayer, Mr. Yale-Loehr is an active and internationally renowned member of the immigration law community. He teaches immigration and asylum law at Cornell Law School as a Professor of Immigration Practice. He also founded and was the original executive director of Invest in the USA (IIUSA), a trade association of EB-5 immigrant investor regional centers. He is listed in Who’s Who in America and is annually listed in Chambers Global, Chambers USA, and An International Who's Who of Corporate Immigration Lawyers as one of the world’s best immigration lawyers. He is frequently quoted in the press on immigration issues and has often testified before Congress. He is the 2001 recipient of AILA’s Elmer Fried Award for excellence in teaching and the 2004 recipient of AILA’s Edith Lowenstein Award for excellence in advancing the practice of immigration law. He is also a Fellow of the American Bar Foundation and a Nonresident Fellow of the Migration Policy Institute in Washington, DC. Mr. Yale-Loehr has co-authored or edited many books, including Immigration Law and Procedure, the leading 20-volume treatise on U.S. immigration law; Green Card Stories; America’s Challenge: Domestic Security, Civil Liberties and National Unity After September 11; Balancing Interests: Rethinking the Selection of Skilled Immigrants; Global Business Immigration Practice Guide; J Visa Guidebook; Understanding the Immigration Act of 1990; and Understanding the 1986 Immigration Law, and numerous law review articles.

International Who’s Who of Corporate Immigration Lawyers
Who's Who Legal

Who's Who in America
Who's Who