Stephen Schultz, a founding partner of Schultz & Myers Law Firm in St. Louis is an experienced trial attorney exclusively dedicated to the practice of personal injury litigation. Missouri personal injury attorney Stephen Schultz speaks for the victims and survivors of accidental injury and wrongful death claims. A native of St. Louis, Missouri, Stephen was educated locally at CBC High School, Missouri State University, and obtained his Juris Doctorate from Washington University School of Law. During law school, he was accepted into the nationally-ranked Civil Justice Clinical Program (#4 according to U.S. News & World Report), which offers free legal representation to Missouri underprivileged women and children victimized by abuse. In addition to achieving academic honors, Stephen was employed with two highly respected Missouri law firms – Anderson & Associates and Gray, Ritter & Graham. Stephen Schultz devotes all of his time to the legal representation of those injured throughout the entire state of Missouri. He is qualified to handle all catastrophic injury and death claims, and remains sensitive to the emotional distress these injuries often cause. As an experienced litigator, he has represented numerous high-profile injury claimants, including those that have been the topic of both statewide and national media focus. Stephen has been recognized by St. Louis magazine as a Best Lawyer in Missouri and is Lead-Counsel rated by LawInfo.com. His aggressive and effective negotiation techniques have resulted in countless victories and compensation gained for his clients. When not in the courtroom, attorney Stephen Schultz enjoys spending time with his family in Town & Country. He is a regular volunteer for several local charitable organizations and continues to offer free legal representation to the oppressed and underprivileged. Stephen is also a parishioner with Christ Prince of Peace in Ballwin, where he attended grade school. Visit his 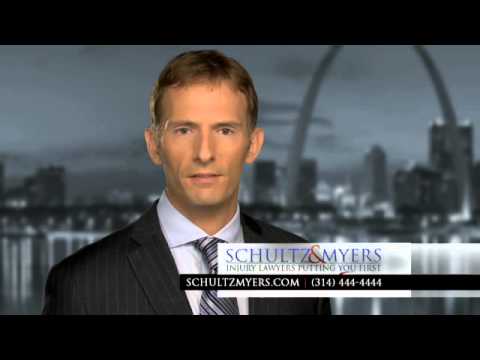