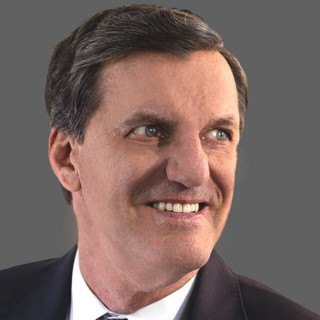 I have practiced law primarily in the chapter 11 business-bankruptcy arena for over 40 years in Northern Nevada.  My ‘extreme’ motivation to help debtors solve their business issues originated in my teenage years while living in Las Vegas, Nevada, during the mid-60's.  At age fifteen I worked for James E. Rogers, Esq. as his law- firm-runner and general all-around maintenance person.  Being in the presence of Jim Rogers on a nearly daily basis for over 3 years motivated me to go to college and then attend law school.  Jim Rogers was my mentor, constantly encouraging me. I was able to attend undergraduate school at the University of Southern California and then pursue my legal education at the University of San Diego; graduating in June 1974. I became a licensed attorney in the State of Nevada in September 1974.

I worked for Jim Rogers in his Las Vegas law firm for approximately 16 months. I then relocated to Reno, Nevada, taking a job with the Federal Public Defender’s office.  The desire to pursue my courtroom skills paid off. I was able to achieve 7 criminal jury acquittals out of 8 criminal jury trials in an approximate four-year time period.  In August 1976 I started private practice in Reno, Nevada and never looked back.

What Actually Happens When You File For Bankruptcy

What happens when you can’t pay your debts? Well, once upon a time such as in ancient Greece you might have ended up in debt bondage. Being a debt slave meant that you and sometimes your family would work for the person you owed money to pay off your debt. This is distinct from slavery, since you were freed once your debt was paid. Later on in history, like in Victorian England, the poor were sent to horrific debtors’ prison and would only be released when their debt was paid in full by friends or family. Other debtors’ prisons functioned similar to workhouses and a debtor worked off not only their debt, but their room and board to be freed.

Q. Sir, I had filed for Chapter 13 bankruptcy back in 2018. Will I give the Trustee my stimulus check which was approved?
April 15, 2020
A: According to a notice from the Justice Department, Trustees are limited in terms of what they can do with the stimulus payments. A stimulus check won’t be considered while calculating monthly income, and won’t be used in the calculation of disposable income that can be paid to creditors. This means receiving a stimulus payment won’t force an individual to repay a higher amount in bankruptcy than they would have if they hadn’t received it. There are rare cases where the stimulus payments might be considered property of the estate, meaning it can be included in the pool of assets designated to repay debt, but the designated Trustee would have to notify the U.S. Trustee prior to taking this action or refusing a chapter 13 repayment plan.