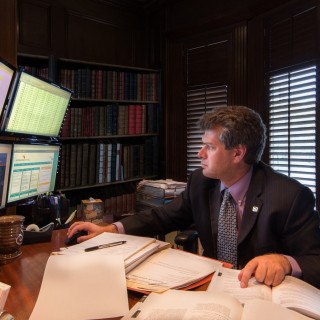 Scott Silberman, esq. is a Certified Specialist in Workers' Compensation. He has also been recognized by the Department of Industrial Relations, Division of Workers Compensation  as an Arbitrator.  He has experience representing both injured workers as well as employers and insurance companies, but now exclusively represents injured workers and their dependents.

Prior to becoming one of the founding partners of Silberman & Lam, LLP, Mr. Silberman was a partner at Silberman Law Offices, LLP. Before becoming an attorney, Mr. Silberman worked both as a claims adjuster and as a legal extern at the California Court of Appeal for Presiding Justice David Sills. When not working Scott enjoys skiing and scuba diving and spending time with his sons.

Video about our firm