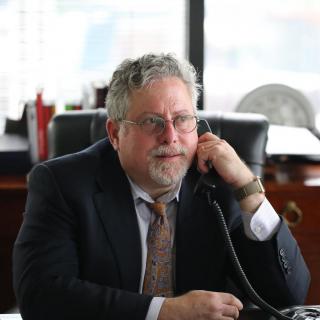 Scott considers it a privilege to practice law. He has extensive trial and appellate experience in state and federal courts. He believes that no person, government, or corporate entity is beyond the reach of the law, and is committed to seeing that our court system protects and advances fundamental rights, not only for his clients, but for our nation and community. Scott has been selected as a “Super Lawyer” – one of the top 5% of lawyers in Washington – every year from 2003-2015. Other honors and awards include being named as one of the Top 100 Trial Lawyers in Washington by the American Trial Lawyers Association, from 2007 to 2015, being selected as one of “The Best Lawyers in America” from 2012-2015 by Best Lawyers, and being named a Top Lawyer by Seattle Metropolitan Magazine from 2010-2015. Scott was also featured by Washington CEO Magazine as one of the top ten Employment/Labor Lawyers in Washington State in 2008, and was the featured lawyer in the September 2009 employment law edition of the King County Bar Bulletin. From 2000-2002, Scott was selected as a Rising Star. He is “AV Preeminent” ranked by his peers, the highest rating in Martindale-Hubbell’s National Law Directory, “A” signifying preeminent knowledge of the law and “V” signifying very high ethics.* Scott received his Bachelor of Arts degree from University of California Los Angeles, graduating with the distinction of Chancellor’s Marshal. He went on to study law at Cambridge University in England, and earned his law degree from Tulane University Law School, where he served as Editor in Chief of the Tulane Environmental Law Journal.