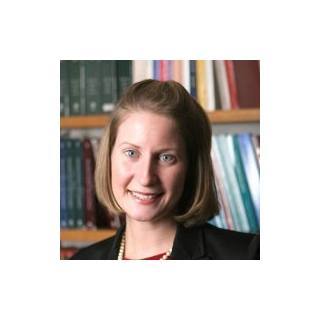 “The successful practice of law is so much more than wearing a suit — it takes grit, creativity, and the drive to make things happen.”

Formidable but compassionate; tenacious but fun-loving, Sarah Irving Gilbert has proven herself a force to be reckoned with in courtrooms across midcoast Maine (and across the State). Raised in Machias and fiercely loyal to her Downeast heritage, Sarah left her hometown to study at Vassar College in Poughkeepsie, New York, followed by the University of Maine School of Law, where she received scholarships, graduated magna cum laude, and as a professor’s assistant, taught substantive classes in constitutional law, torts, and legal writing. At some point, Sarah was able to fit in a semester at the University of St. Andrews — Scotland’s oldest university, founded in 1413.

After excelling in law school, Sarah was tapped by the Maine Supreme Court (the “Law court”) to serve as law clerk for the Honorable Donald G. Alexander. Fast forward about a decade, and Sarah has been named a Super Lawyers Rising Star for seven (7!) consecutive years in recognition of obtaining millions of dollars for her personal-injury clients in the form of jury verdicts and settlements. No more than 2.5% of attorneys in any given State are awarded the honor. Notably, Sarah was proud and honored to work with her mother, the Hon. Rebecca A. Irving, of Machias (winner of the 2017 Caroline Duby Glassman Award, Chief Tribal Court Judge, Passamaquoddy Tribal Court), to obtain a $2.3 million dollar judgment for a sexual assault survivor in Washington County.

When she is not standing up to insurance companies in her personal-injury matters, Sarah can be found litigating complex and contested family matters, probate matters, and other cases ranging from real estate disputes to contested adoptions. Sarah argues regularly before Maine’s highest Court, and has successfully appealed or defended numerous cases for which she is the attorney of record.

Town of Union Board of Appeals
Board Member
Current