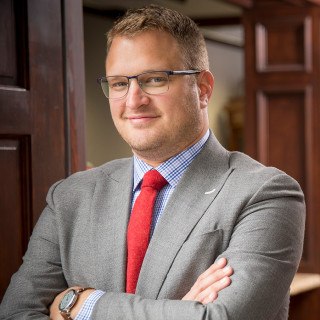 I have built my career and reputation from my father’s example – we were made to serve others, to never ever quit trying to succeed and most importantly we will never give in to our fear in trying to accomplish these things. We have fear – but we are programmed not to give into it…ever. With this core belief system, my family and now our firm has had the privilege and honor of helping thousands of Oklahomans find good legal results and also, we hope they found the best of themselves in their journeys in the Oklahoma legal system with our team as their guide.

I believe in truth and dignity – and I believe daily in the fight it takes to uncover each of these ideals in our legal system that throws anything at you to knock you down away from them. They are there if you are strong enough to get up and get them. I believe in justice, and that it is blind. I believe in pure equality – and will go down yelling, kicking and clawing when the system will not find it and refuses to. I am the lawyer that always gets up to fight for these things and have to be as I know my father is watching down on me to be these things. I find myself mostly in the trenches – where I belong, with the people and issues I want to fight for. When you hire me this is what you are getting and I believe this is what you are supposed to be as an attorney. That is all I have ever known.