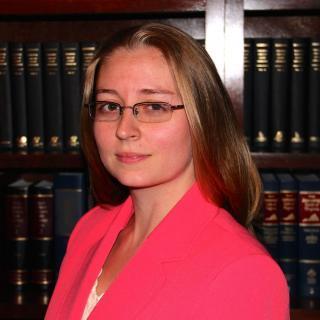 Samantha Bohannon focuses her practice in the areas of Criminal Law, DUI, Traffic Violations, and Family Law. Before opening her own firm, Mrs. Bohannon served as a Magistrate for Region Six, which includes Richmond, Henrico, New Kent, Williamsburg, York/Poquoson, James City, Gloucester, Mathews, Middlesex, King and Queen, King William, West Point and Charles City. Mrs. Bohannon's prestigious position has given her a unique understanding on probable cause and common errors law enforcement officers typically make. Often times law enforcement has more than enough evidence to convict you, but that doesn't mean you're guilty. Not only is it the Commonwealth's burden to prove you are guilty, but it is also their duty to follow the law. Mrs. Bohannon's years of experience as a Magistrate makes her especially skilled in spotting suppression issues that could keep you out of jail. Don't settle for the attorneys who tell you that they will "hold your hand through a guilty plea" or "work hard to get you a deal." Instead, call Samantha Bohannon and have her find a way to keep you out of jail.

Q. Can my husband show up with me to the preliminary hearing and drop the domestic assault charges on me that he filed?
December 9, 2015
A: Short answer, no. Once charges have been taken out, the only person who can dismiss the charges is the Judge. The Commonwealth attorney can ask for them to be dismissed, but only the Judge can dismiss them.

Q. I am 16, living in Henrico Virginia. If a cop sees me after curfew what happens?
December 9, 2015
A: Depends on why you are out after curfew. If you are alone, without parental permission, and going home after a school event or work, then nothing will happen. However, if you are doing something you shouldn't be doing, you may get ticketed for being out past curfew and then whatever else you are doing that you shouldn't be doing. You could get lucky and the officer could just take you home or let you go on a warning, but that depends on the officer, your demeanor with him or her, and why you were stopped.

Q. I had a previous driving while ability impaired (DWAI) in New York. Would that count as a first DUI offense in Virginia?
December 9, 2015
A: In Virginia, the Courts county any similarly written statute from another state as a previous offense for DUI. So if NY's DWAI is written substantially similar to VA's DUI laws, then it would be considered your second offense. However, if there is enough difference, you or your lawyer could argue that it should not be a second offense, but a first offense (and this is assuming that there are no other circumstances in your case that may lead to a different outcome such as dismissal or reduction).