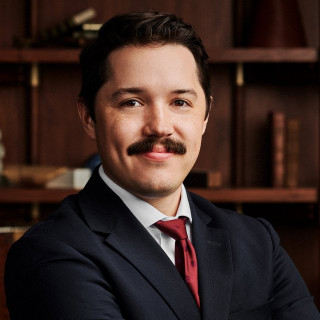 Ryan, who toured extensively as a singer/songwriter prior to law school has been featured on the NBC’s “The Voice” and Apple iTunes’ “New Music Page” and was named “Critics’ Choice” at the Starbucks Music Makers Competition. As a professional musician, he experienced firsthand the cutthroat nature of the business and the restrictive contracts creatives are too often asked to sign. Answering the call to be a fighter for his fellow artists, content creators, and influencers, Ryan knew he needed to pursue a career in law. And so, Ryan attended Belmont University College of Law in Nashville, where he graduated at the top of his class, summa cum laude, after serving as Executive Officer for both Belmont’s Law Review and Federalist Society.

Before moving to Savannah, Ryan clerked for a Nashville-based law firm representing clients in the music industry, fine arts, and digital media. Since joining The Bowen Law Group in 2018, he has represented countless clients in various business and entertainment matters.

For Ryan, being an advocate is not only his duty but also his privilege. As a lawyer, he stands in between what is and what should be. Each day is another opportunity to narrow that gap.

Q. My landlord emailed me my lease on 10/15/20 but there is not dates on the lease. it states it’s a 12 month lease. valid?
November 2, 2020
A: Generally speaking, if both parties signed it and there is other evidence available of when it was signed and returned (emails, metadata, etc.) it is likely valid for 12 months from the date of signing. Alternatively, if there is a date block on the signature line, that date may be used. Lease and contract issues however are very fact-specific and it is recommended that you have this lease reviewed by a licensed attorney.

Q. I write and produce songs. One of the songs contains dialogue from a movie, but I speak. Is that a copyright violation ?
November 2, 2020
A: Generally speaking, any time copyrighted material is incorporated into a new work you will need permission from the original author. This may be obtained by getting a license to create a derivative work. Copyright issues are complex and each matter is different. It is recommended that you consult a lawyer to help with your specific situation.