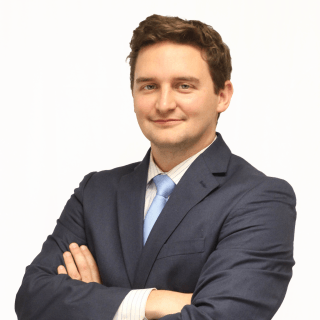 As a partner in one of the largest law firms in North Georgia, Rustin defended insurance companies and large businesses before co-founding Smith Hulsey. He has handled cases in both federal and state courts, appearing in U.S. District Courts and counties throughout Georgia. He has argued before the Supreme Court of Georgia, and litigated appeals in the Georgia Court of Appeals and U.S. Court of Appeals, 11th Circuit. Rustin graduate magna cum laude from the University of Georgia before attending Emory University School of Law, where he was selected for the Dean’s List, received the Dean’s Award, and was recommended for the Kesler-Eidson Trial Techniques Scholarship. Rustin has served on multiple Hall County nonprofit boards, was elected Gainesville Jaycee of the Year in 2011, and was a member of the 2015 State Bar Young Lawyer’s Leadership Academy. Since 2018, other Georgia attorneys have elected Rustin as a “Rising Star” as featured in Super Lawyers magazine.

Litigator of the Year
American Institute of Trial Lawyers
2020

Jaycee of the Year
Gainesville Jaycees
2011