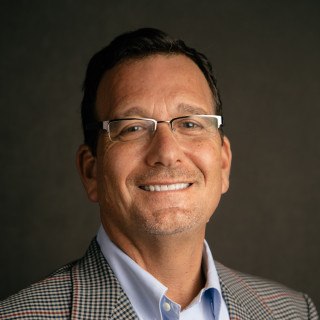 In 1989, Oppenheim also co-founded and served as general counsel to ShopSmart Corp., the company that originated and owned the GNC Gold Card Program, a program that continues to this day and was one of the first cross-promotional programs of its kind.In addition, in 1994, Oppenheim co-founded Weston Title & Escrow, the oldest title company in Weston, Florida, and he currently serves as its vice president. In 1999, Oppenheim served a one-year term on the board of directors for Catalina Lighting, a publicly traded company on the New York Stock Exchange.

In 2009 Roy started the South Florida Law Blog, which was voted the best business and technology blog of 2011 by the South Florida Sun-Sentinel. Today, Oppenheim is a sought-after legal expert on issues relating to the real estate crisis and beyond. In addition to his own blog he can also been seen on Yahoo! Homes as a guest contributor, and he has also been featured on HuffPost Live, FOX News, and Lifetime TV. In addition he has has been quoted in prominent national publications, including USA Today, The New York Times and Huffington Post, among others. Oppenheim also understands the power of social media, and can be found on a variety of social media platforms as well as his latest "Ask Me Anything" on Reddit

Senior Partner
Oppenheim Law
1989 - Current
Founded in 1989, Oppenheim Law is distinctively positioned as one of Florida’s leading boutique law firms in Ft. Lauderdale, Florida; serving national, international, and local clients. Originally known as one of the premier real estate law firms as well as for developing successful strategies in defending thousands of foreclosures, the Firm has developed an impeccable reputation for untangling complex situations. Our practice areas include commercial litigation, corporate and business related matters, consumer rights, foreclosure, employment and contract, and health law. Our Firm is unique in that we have over 75 years of collective legal experience, and we provide innovative, clever, and strategic solutions that are holistic. We do not consider ourselves a commodity. Specifically, we work together as a team on each matter to make sure that our clients are receiving the attention needed to address their legal issues. By so doing, each attorney contributes his/her individual strengths and distinctive personalities, which provides our clients with a multi-faceted approach.

The Best Lawyers in America for work in: Real Estate Law
Best Lawyers
2019

Five Years After Foreclosure, Some Keep Homes
NBC
May 14, 2015

Roy Oppenheim on AG Settlement with Fox News, Florida
January 1, 2012
Fox News
Oppenheim contributed to a Fox News segment detailing the latest insult aimed at homeowners, this time by the state attorneys general. The penalty for grand larceny in Florida carries a maximum prison sentence of five years, but the banks that caused a worldwide economic meltdown in 2008 may only get a slap on the wrist. There is currently a deal in the works that would offer lower penalties brought by state attorneys general in exchange for the banks cutting $25 million worth of principle off distressed loans.

How To Stop Foreclosure Immediately?

Coronavirus And The New Chapter 5 Bankruptcy

What is An International Notary?

What Does A Residential Real Estate Attorney Do?

If you have landed here, you are curious about "what does a residential real estate attorney do?" Roy Oppenheim easily and quickly answers this question in around 2 minutes! Oppenheim Law 2500 Weston Rd #404 Fort Lauderdale, FL 33331 954-384-6114 Website: https://www.oppenheimlaw.com

What Does A Real Estate Attorney Do For Buyers?

What Do Commercial Real Estate Attorneys Do?

What Do Business Attorneys Do?

Do you own a business and want to know what business attorneys do? A business attorney can do more than you think, even concierge legal services. Learn more with Roy Oppenheim! Oppenheim Law 2500 Weston Rd #404 Fort Lauderdale, FL 33331 954-384-6114 Website: https://www.oppenheimlaw.com

What Do Appellate Attorneys Do?

Do you need appeals? If you are wondering about what appellate attorneys do, then let Roy Oppenheim explain why you maybe need one and what they do! Oppenheim Law 2500 Weston Rd #404 Fort Lauderdale, FL 33331 954-384-6114 Website: https://www.oppenheimlaw.com

What Are Real Estate Attorneys For?

What Are Real Estate Attorney Fees?

How Much Are Foreclosure Attorney Fees?

How Do I Find A Real Estate Lawyer?

Do You Need A Real Estate Lawyer?

Oppenheim Law has the cornerstone on real estate/foreclosure defense

Oppenheim Law sets the record straight in real estate, foreclosure and homeowner related matters. For over 25 years, Oppenheim Law has successfully defended and protected clients in South Florida representing them as their advocates. They have closed over $1.5 billion in real estate transactions ranging from representing investors in buying and selling commercial property, representing homeowners buying and selling, refinancing or modifying their loans. The firm also has developed a national reputation defending homeowners in foreclosure and in defending deficiency judgments. The firm also engages in the highest quality of sophisticated commercial litigation and serving as general counsel to real estate developers and closely held companies, coordinating all legal related matters. Watch and see Roy Oppenheim discuss how he built South Florida's premier law firm. (954) 384-6114 Oppenheim Law

Q. I live in Florida and my HOA board of directors changed the rules about parking on the street overnight.
5 August 2019
A: One would have to review your HOA documents and the recorded documents concerning your association. These docs typically state the process in which the docs may be amended. In terms of the fines, again, the HOA docs would have this information as well as the process for which a fine may even be imposed .