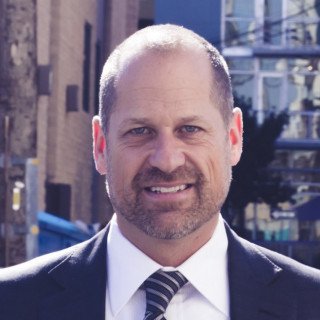 Las Vegas Criminal Defense lawyer Ross Goodman of Goodman Law Group, P.C. graduated from the University of San Diego in 1992 and the University of Tulsa in 1995 after which he became an officer in the U.S. Marine Corps Reserves completing his service in 2000 after being promoted to the rank of Major. As a native of Las Vegas, Ross returned home to open a boutique practice in 2001 and has been privileged enough to earn the respect of representing professional athletes, celebrities, doctors, lawyers and other professionals. However, Ross has been a tireless and devoted advocate for all of his clients earning top client reviews, the highest peer reviews and national recognition for his legal skills. He is a Board-certified lawyer, and has been recognized as one of Super Lawyers' top attorneys for 2018. He is also notable as one of the top 100 trial lawyers by The National Trial Lawyers organization.

District of Columbia
Since 1998

Major, U.S. Marine Corps Reserve
United States Marine Corps
1992 - 2000
Represented the Department of the Navy in prosecuting cases that have been challenged in the United States Navy-Marine Corps Court of Criminal Appeals and served as a Judge Advocate representing Marines in civil and criminal matters.

Ex-Nevada prison guards acquitted in use of force trial
Las Vegas Review-Journal
May, 2019

Board Certified Advocate
National Board of Trial Advocacy

Blog
3 of the Most Infamous Drug Lords in History

Attorney Ross Goodman, has mastered the defense in criminal areas such as Driving Under the Influence (DUI), Drug Charges, Domestic Violence, Sex Crimes, Casino Charges and other similar inquests whether in state or federal courts. He knows real well how these cases work and he is capable of getting the charge out. The clients are sure to get a fair chance at the trial whether it is a misdemeanor or o felony case and this principle of Goodman led him to successfully defend many of his clients. Atty. Goodman is very transparent in providing the same commitment, attention to detail and eagerness to all of his clients. All cases are treated equally, that is why the clients are sure to have the best position on winning every case. Whatever cases you are involved now, ask assistance from an experienced and well known criminal defense lawyer like Atty. Ross Goodman. He will surely give you the best results for your cases.

Out-of-State or Tourist DUI in Nevada

The growth of Las Vegas as a global city has opened opportunities for tourism. Every year millions of people from other places and countries go to Las Vegas. Visitors come for weekend getaways, reunions, conventions and for other recreational purposes. However, most tourists like to celebrate in clubs and and some get arrested with DUI charges. For more information, visit our website https://www.goodmancriminaldefenseattorney.vegas/

Go to https://www.goodmancriminaldefenseattorney.vegas/ for more information regarding Las Vegas lawyer Ross Goodman or call at (702) 383-5088. Watch Ross Goodman on Ralston Reports talk about his case with the Laughlin constables. "Prior to filing the lawsuit, Bonaventura sought advice on the jurisdictional issue from the Legislative Council Bureau, which serves legislators regarding various items, including drafting of bills and interpretations of statutes. The LCB opinion was in line with the later district court ruling: constables are only permitted to perform work within their jurisdiction. "We just ignored [the LCB opinion]," Ross stated. The LCB is supposed to provide advice to legislators, he said, not rule on matters of law." http://www.laughlintimes.com/articles/2012/08/15/news/local/news883.txt Our office is located in 520 S 4th St STE #200, Las Vegas, NV 89101, USA (702) 383-5088

Go to https://www.goodmancriminaldefenseattorney.vegas/criminal-defense/dui/ for more information regarding Las Vegas lawyer Ross Goodman or call at (702) 383-5088. Las Vegas Attorney Ross Goodman earned his undergraduate degree at the University of San Diego, California and his Juris Doctor degree at the University of Tulsa, Oklahoma after completing his military commitment as a Major in the U.S. Marine Corps. Our office is located in 520 S 4th St STE #200, Las Vegas, NV 89101, USA (702) 383-5088

Go to https://www.goodmancriminaldefenseattorney.vegas/ for more information regarding Las Vegas lawyer Ross Goodman or call at (702) 383-5088. Luke Shawley an Ex-Navy SEAL was sentenced after being found guilty by a jury on August for seven charges of battery with use of a deadly weapon ( a large pipe) when he went on a rampage last year. His legal counsel, Las Vegas attorney Ross Goodman, was able to cut down what could have been 15 years in prison down to only 60 days. Luke Shawley was in Las Vegas in active duty as a navy SEAL to support a Red Flag training exercise at Nellis AFB. Our office is located in 520 South 4th St STE #200, Las Vegas, NV 89101, USA (702) 383-5088.