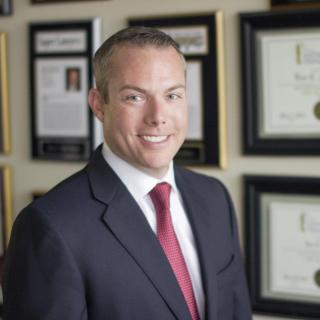 An associate attorney with Simon Greenstone Panatier Bartlett, PC, Ron C. McCallum provides aggressive and zealous representation to his clients in Dallas, Texas, throughout the state and nationwide. Mr. McCallum focuses his practice of law in the area of personal injury litigation, representing clients who have been harmed by the negligence of others in matters including commercial truck and bus accidents, aviation accidents, aviation products liability, refinery explosions and dangerous pharmaceutical drugs. Prior to attending law school, Mr. McCallum first completed his undergraduate education at The University of Oklahoma in 1997. In addition to receiving a bachelor's degree, he also completed the university's flight school, where he received training to become a commercial pilot. Mr. McCallum then went on to attend law school at South Texas College of Law where he received his Juris Doctor, graduating in 2001. Mr. McCallum is admitted to practice law before all of the state courts of Texas as well as the U.S. District Courts for the Eastern and Northern Districts of Texas. He has worked as a corporate and commercial pilot while also representing clients, lending him special familiarity with aviation cases, and he leads the firm's catastrophic injury division, taking many of his cases to trial. In one case that involved a well-known bus company, Mr. McCallum was able to achieve a favorable verdict, which was the largest personal injury award in Dallas in 2011. Dedicated to his community as well as his law practice, Mr. McCallum spends some of his time helping young pilots by teaching aviation safety techniques, and is a panel attorney for the Aircraft Owners and Pilots Association. He also maintains active memberships in the Dallas Bar Association, the State Bar of Texas and the American Bar Association.