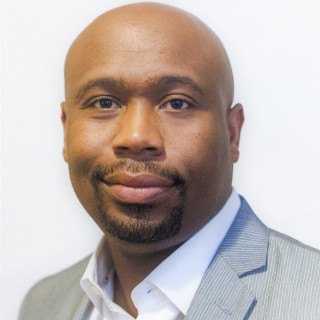 Roderick C. White is an experienced and skilled trial lawyer who has historically focused his practice on criminal defense, personal injury, and civil rights cases. Roderick has successfully obtained numerous “not guilty” verdicts for his clients and well-over $100 Million in verdicts and settlements during his legal career which began in 2002. After earning his bachelor's degree from Louisiana State University in Baton Rouge, Louisiana Roderick earned his Juris Doctorate (Law Degree) at the University of Houston Law Center. While a law student, Roderick was awarded a prestigious fellowship to clerk at one of the most the prestigious capital defense post-conviction law firms in the nation, the Texas Defender Service, where he investigated, researched, and prepared the final appeals of Texas death row inmates. While in law school he also served as a law clerk at the Houston branch of the NAACP where he assisted members of low-income communities with various civil rights issues. Additionally, Roderick has a Master's degree in Sociology from the University of Houston where his research emphasis and thesis focused on the sociology of law, capital punishment, and criminology.

Because he is licensed by the Supreme Courts of Texas, Missouri, and Illinois, Roderick is eligible to practice in the state courts of all three great states however; a substantial portion of his civil rights and criminal defense practice is conducted in various federal courts around the nation.

Roderick is also a proud veteran of the United States Army where he served in the Middle East, South Korea, and in the famed First Cavalry Division at Fort Hood, Texas. While in the Army he was awarded an Army Commendation Medal and two Army Achievement Medals. When Roderick is not working he enjoys reading, traveling, spending time with family and friends, and is an avid Dallas Cowboys fan.

Who is Roderick C. White?

What is Personal Injury Law?

Q. If someone puts you at risk for injury and you fight them will you be protected in anyway?
16 October 2020
A: The answer to your question would require a detailed explanation of the circumstances of the specific and an analysis of Missouri self-defense law. I do not yet have the specifics of your scenario but I will provide you with the general principles of Missouri self-defense law: Physical force: May be used when individuals reasonably believe that the physical force used is necessary for the defense of themselves (or others) from an imminent attack of unlawful force from another person. May be used when individuals believe that the force is reasonably necessary to prevent another person from stealing, causing property damage, or tampering. Deadly force: May be used when a person reasonably believes that the level of force is necessary for self-defense or defense of others (including unborn children) in response to an imminent threat. A person has no duty to retreat: From their dwelling, residence, or vehicle From their private property If the person is any other location where they have the right to be

Q. I haven't been charged with a crime. can a police officer confiscate my medical marijuana? And refuse to return it.
16 October 2020
A: Even a valid medical marijuana card does have some limitations with regard to amount. Such as: "Up to four ounces may be purchased per 30 days. The Department of Health may set limits on the amount of marijuana possessed, “provided that the limit is not less than a 60 days supply.” How much marijuana did you have in your possession when the police officer effected the confiscation?