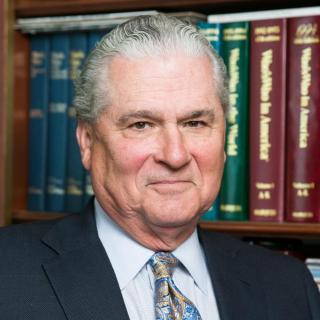 As one of the founders of Lowe Stein, Mr. Lowe is a top-rated attorney in New Orleans who has revolutionized family law matters. For over 40 years, he has been the trusted name for individuals in need of legal representation. As a Board Certified family law specialist, Mr. Lowe helps clients with issues such as child visitation, custody, spousal and child support, pre- and post-nuptial agreements, divorce actions, property partitions, and more. He has practiced before all six Louisiana appellate courts, the Federal Fifth Circuit Court of Appeal, the United States Supreme Court, and federal district courts in Louisiana. In addition to practicing law, he also published a book called Louisiana Divorce. Mr. Lowe’s success in and outside of the courtroom has garnered him much attention and praise. He has earned an AV® rating from Martindale-Hubbell® for the last 30 years, has been listed in Best Lawyers in America since its initial publication in 1983, and has received many other distinctions.

Louisiana Family Lawyer of the Year
Best Lawyers in America
2014