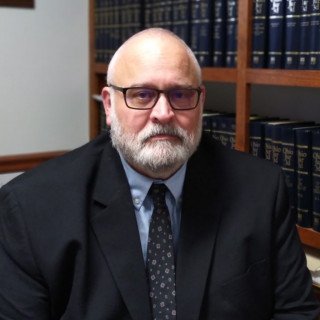 Robert has been a practicing Attorney at Law since 1983 in Lorain, Ohio. Robert has zealously and vigorously represented his clients in his many years of practice.

Robert attended Lorain Catholic High School, graduating in 1977. He attended the University of Toledo for his undergraduate degree in Business Administration with a Major in Human Resources Management, graduating in 1980. He attained his Juris Doctor degree from Ohio Northern University, Claude W. Pettit College of Law in 1982.

From 2000-2005 Robert was Legal Council for the Lorain Port Authority providing legal assistance and services to the Executive Director, Board and Staff.

From 1991 to present Robert has been President and Attorney at Law for his own practice in Lorain, Ohio.

From 1992 to 1999, Robert served as Civil Assistant to the Law Director of the City of Lorain.

From 1988-1991 Robert was an Attorney at Law for Warhola, O’Toole, Loughman, Alderman and Stumphauzer in Lorain, Ohio. His area of practice was personal injury, trial discovery and preparation, Insurance defense and commercial litigation.
Activities & Organizations

Volunteer as legal counsel for the Black River Conservation Association, Inc., Lorain Youth Baseball, and for the Volunteer Guardian Program.