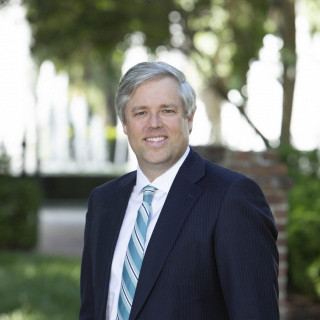 Robert F. Goings focuses his practice on catastrophic injury, wrongful death, and workers compensation. He is known to be a fighter in the courtroom-- just ask the lawyers that go up against him in trial.

Robert grew up on his family's farm in Union County, South Carolina. Mr. Goings is a 2003 graduate of Wofford College in Spartanburg, South Carolina. He received his Bachelor of Arts degree in Government, receiving the highest distinction in his major. He graduated with highest honors as a summa cum laude graduate. He was was inducted into the prestigious Phi Beta Kappa and Blue Key honor societies as a result of his academics and service to the community and students. Mr. Goings was a Justice of Wofford's Judicial Commission. He was elected as Student Body President in 2002. Upon graduation, he received the Outstanding Citizen Award, given to the student demonstrating the greatest concern and service to Wofford. Mr. Goings earned his Juris Doctorate in 2006 from the University of South Carolina School of Law. Upon graduation, Mr. Goings was chosen by his colleagues to receive the Claude Sapp Award, presented to the member of the graduating class possessing the best combination of scholarship, leadership, and industry for the legal profession. Mr. Goings is a trial attorney, and dedicates his practice to protecting his clients legal rights.

American Board of Trial Advocates (ABOTA)
2020-2021 President of SC Chapter
2014 - Current
Activities: Serves on the Executive Committee of SC Chapter of ABOTA and a South Carolina National Board Representative of ABOTA.

Robert Goings compassionately helps family who suffer wrongful deaths of loved ones. Hear the story of Ms. Jamison who lost her husband in a trucking accident. We will fight for your family in times of need!

What do clients say about the Goings Law Firm? Listen to Calvin Jeffcoat's story.

This is why clients hire the Goings Law Firm for serious workers compensation injuries. Watch this Client Review from Calvin regarding how Robert Goings fought and won against the insurance company.

Q. I was in a car accident. I ran into the left side of a truck that was parked in the road.
October 5, 2021
A: You can potentially bring an injury case if the evidence supports the fact the the truck was illegally or wrongfully parked in the road. South Carolina has laws that prohibit vehicles from parking in the roadways.