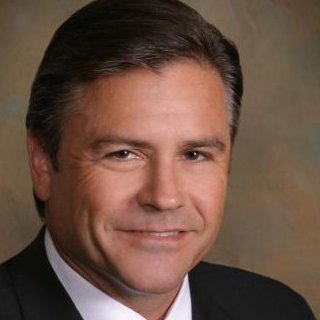 Born in Providence, RI, grew up in Barrington ,RI and thereafter attended Eckerd College in St Petersburg,Fl, where he majored in political Science and Economics. He also played varsity baseball and pitched on the 1977 team that reached the finals of the Division II College World Series. He attended Stetson College of Law and graduated in 1982. Upon graduation he accepted a position as an Assistant State Attorney in Pinellas County Florida, and continued in that position until 1997 when he entered private practice with the Clearwater, Fl law firm Tew, Zinober,Barnes, Zimmet & Unice. He remained their until 2001 when he joined as a partner in the firm, Zimmet, Unice, Salzman & Heyman, PA. In 2008, Mr Heyman founded The Heyman Law Firm, PA where he focuses his practice in Personal Injury and Criminal Trial Law.

Q. Police bust my house and search warrant was not signed by police or judge is this legal?
17 November 2011
A: You raise a number of issues in your question. First of all, only the Judge's signature needs to appear on the warrant. The police officer who provides probable cause must sign an affidavit establishing probable cause. That affidavit should be attached to the warrant. While the warrant left at the premises may not have been signed, your attorney needs to check the one which was later filed with the clerk's office to make sure it was in fact signed by the judge and identical to the one left at the residence. A Nebbia hearing is held to insure that the funds used to secure bond were not obtained through illegal means. I cannot answer why some of your daughter's co-defendants were permitted to post bond without a Nebbia hearing. I doubt that you can successfully have the judge removed from the case. It appears your larger problem is with your daughter's attorney. I detect a lack of communication here. Your daughter faces serious charges which carry a minimum mandatory prison sentence. Please discuss with her attorney immediately or seek other counsel. Good Luck, Robert Heyma, Esq. www.heymanlawfirm.com

Q. Do all conditions of probation have to be written in the judgment? - specifically "do not commit any violation of law."
17 November 2011
A: This is a standard condition of probation as required by Florida Statute 948.03 and takes effect without the need to be pronounced at the time of sentencing.

Q. With the Felony murder rule,useing 3rd burg of unoccp struc,can they find you guilty of 1st pre med murder from a car ac
17 November 2011
A: You are confusing the two ways in which a person can be convicted of 1st degree murder. Any degree of burglary can support a conviction for felony murder (ie. a killing which which is NOT premeditated). I assume from your question that an accident occurred during the criminal episode in which a vehicle was unlawfully taken. If so, the killing most likely occurred during the commission of an auto theft. If so, the killing would constitute 3rd degree felony murder, since auto theft is not one of the underlying felonies listed under the 1st degree felony murder statute. 3rd degree felony murder is a felony of the 2nd degree, punishable by up to 15 years in prison.