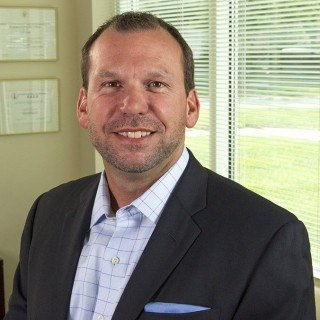 Ricky LeBlanc is the Managing Attorney at Sokolove Law. As Managing Attorney, Ricky is responsible for the overall risk management of the firm and ensuring Sokolove Law is in compliance with the rules governing the practice of law, including legal advertising in each of the 50 states.

In addition to his responsibilities as managing attorney, Ricky directs the asbestos practice and oversees all of the firms other practice areas, such as birth injuries, medical malpractice, nursing home abuse, and product liability, including pharmaceutical and medical devices.

Prior to Sokolove Law:

In 2006, Ricky founded and managed his own firm specializing in personal injury and product liability. Before founding his own firm, Ricky began his career at Rodman, Rodman & Sandman, PC, where he served as an associate for 10 years working on various practice areas including their large asbestos practice.

Following the tragic events of 9/11, Ricky volunteered for Trial Lawyers Care, an organization founded to help the families and victims of 9/11 by providing them with free legal services.

Ricky LeBlanc is admitted to practice before all courts in the Commonwealth of Massachusetts and before the United States Supreme Court. Throughout his career, Ricky has represented clients in all levels of the trial court system, before Massachusetts state and local agencies, and the Social Security Administration. He is a proud member of the American Association for Justice, the American Bar Association, the Massachusetts Academy of Trial Attorneys and The National Trial Lawyers Top 100 Trial Attorneys.