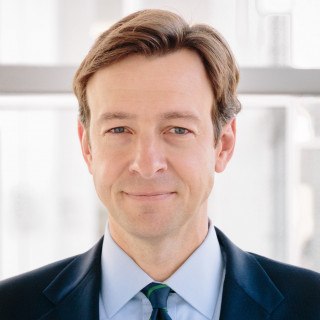 Rick Coad is the founder and principal of Coad Law Office, S.C., in Madison, Wisconsin. He is a top-rated attorney with 18 years of experience.

Rick has earned a reputation as a lawyer who provides results for his clients both in and out of court. Rick now focuses his practice on designing estate plans to ensure his clients' families are taken care of and their assets pass to whom they want, how they want, and when they want.

A well-crafted estate plan protects your family and keeps your family from having a court proceeding to decide those important issues. In his career Rick has seen the stress and uncertainty his clients endure in court. Instead, he gives his clients the peace of mind that they did their job for their family, that they protected what they worked so hard for, and that their wishes will be honored.

Early in his legal career, Mr. Coad served as Associate Federal Defender in the U.S. District Courts for the Eastern and Western Districts of Wisconsin. During his time in that position he argued a case in the U.S. Supreme Court. Prior to establishing his own law firm in 2011, he worked at several prominent firms in the area. Through all of this experience, Mr. Coad gained invaluable insight into protecting his client's rights and preserving their future. He has been named by Super Lawyers eleven times in his career.

Owner
Coad Law Office
2011 - Current
In October of 2011, Rick Coad started Coad Law Office. Rick focuses his practice on estate planning. Notably, in 2007, he briefed and argued a case in the United States Supreme Court. Rick also continues to represent professionals who have issues with their professional license, and assists UW-Madison students in non-academic disciplinary proceedings. Rick has been recognized by Wisconsin Super Lawyers eleven times.

Associate
Hurley, Burish & Stanton
2007 - 2011
Rick Coad worked as a criminal defense lawyer at Hurley, Burish & Stanton, which is one of the most respected criminal defense firms in the Wisconsin, for four years. There he continued to focus on representing people in federal court and state court. He also represented doctors and nurses who had issues with their professional licenses.

What are Big Mistakes to Avoid in Estate Planning?
The legal blog of the Coad Law Office, S.C.
August 12, 2022

The Basics of Internal Investigations, WHDU
2015

What to Do When the FBI Comes Knocking, Madison Area Corporate Counsel Network, Wisconsin
Guest Speaker

Top 10% in the United States
Lawyers of Distinction
2016