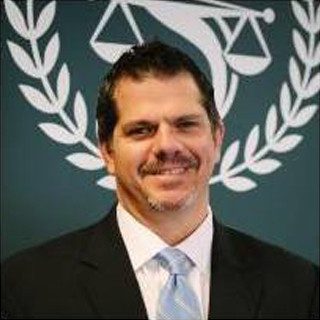 Wilmington, NC Lawyer R. Clarke Speaks practices in the areas of personal injury and criminal defense. He has achieved National Recognition through AVVO and Superlawyers. Specifically, he has attained a rating of "10.0" out of a maximum score of 10.0 on AVVO. In addition, he is rated "Superb". Superb is the highest possible rating. He has earned the "Top Car Accident Attorney" designation. In addition, R. Clarke Speaks has been selected to the Superlawyers for the second consecutive year for his work in the legal field of personal injury law. Recently, Mr. Speaks was named to the National Trial Lawyers Top 100 Trial Lawyers for the last two years, as well. Mr. Speaks is a graduate of Campbell University School of Law. There, he was the recipient of the North Carolina Academy of Trial Lawyers Award for excellence in trial skills. He has practiced criminal and injury law since 1997. Mr. Speaks has represented thousands of individuals, businesses, and organizations all over North Carolina as well as Virginia, South Carolina, Georgia, and Florida. He has submitted briefs to the North Carolina Court of Appeals and the United States Supreme Court. He has argued before the North Carolina Supreme Court and the Fourth Circuit Court of Appeals in Richmond, Virginia. He has successfully represented individuals and corporations in litigation against the United States Government, the State of North Carolina, large and small corporate defendants and universities and virtually every insurance company operating in the southeastern United States. Extensive experience and a commitment to exceeding client expectations is what separates Mr. Speaks from other lawyers. R. Clarke Speaks Professional Awards Clarke represents clients on matters involving personal injury, criminal defense, divorce and civil litigation. He maintains a diverse litigation practice in order to maintain his trial skills by appearing in court almost every day. He has been in the courtroom on a daily