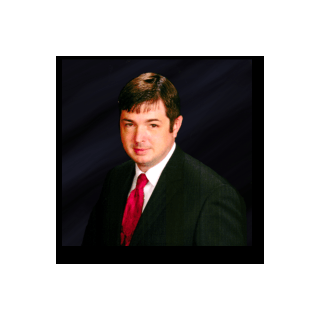 Richard was born and raised in Madison, MS. He graduated high school from Madison Central and then attended the University of Southern Mississippi where he graduated with a Bachelor of Science and a Master of Science. Richard then moved to Birmingham where he attended and earned his law degree from the Birmingham School of Law.
Richard is married to the former Christina Zapf of Brisbane, Australia. He has two children, Trey and Della. He attends church regularly in Montevallo, AL.
In his free time, Richard enjoys spending time with his family and traveling.

Q. Does alabama have a three strikes law for petty theft
July 20, 2013
A: Alabama has a habitual offender which applies to felonies. It does not sound like you have a felony so you should not have anything to worry about.

Q. Malicious Charge Filing. 1st Degree Felony Theft of Property ($6,000) Need An Opinion.
July 20, 2013
A: In these types of cases, the state is actually the one who brings the charges and prosecutes. It is very likely in your case that the prosecutor would go before the grand jury in order to secure an indictment. If the grand jury issues an indictment, you would be arrested and expected to defend the case. If the grand jury does not return an indictment, this would result in a no bill and the case would likely die. To answer your question -- the store does not have the right to rescind the criminal charges. If the detective signed a warrant for your arrest and the prosecutor decides to go forward, there is nothing you can do other than wait. The store, however, would have the option of bringing a civil suit against you in an effort to collect money that allege you stole. I have represented hundreds of clients in the State of Alabama in criminal cases. Feel free to give me a call to discuss your case. I would be happy to speak with you further.