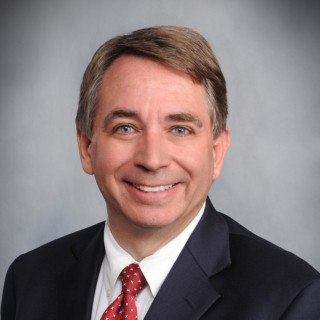 For me, I realized that I enjoyed the variety of the challenges - "eating at the buffet" - since no two days were ever the same. And since I was really good at math and enjoyed puzzles, I decided to prepare myself for a such a career. I decided to become a lawyer.

After graduating from law school in 1991, I joined my father's firm. I did take a brief sabbatical in 1992-1993 to work for the Office of the Governor for the State of Oklahoma. While serving as the Director of Planning & Management Analysis, I designed the very first PC network implemented in the Governor's office. Our efforts also include the installation of Lotus Notes which was featured in a USA Today article in 1993.

As my father neared retirement, I decided to take my own advice and use a limited liability company. So, I started my own law firm and founded Morrel Law PLLC in August 2016.

So, how can I help you and your family today?

Silver Pen Award
Oklahoma Society of CPA's
2012
CPA Focus Magazine for the Article "You Win Some, You Lose Some"

Taxation of Recreational Gamblers: An Overview of How to Report Wagering Gains and Losses
EA Journal
April 15, 2012

You Win Some, You Lose Some: Know How to Correctly Report the Wagering Gains and Losses of Recreational Gamblers
CPA Focus Magazine
April 15, 2012

The IRS’s Knockout Punch: The 100 Percent Penalty for Failure to Collect or Pay Over Tax
Oklahoma Bar Association Journal
October 30, 1994

Taxation of the Gambler, Oklahoma Bar Association Webinar, Oklahoma City, OK
September 7, 2011
Oklahoma State Bar
Since 1934, the proper tax treatment of gambling income and losses has been one of confusion, misinformation and much litigation. The webinar dispels many of the gambling tax myths and shares insights into this complex area.

Ethics: What is Your Duty?, Fall Continuing Education Series, Tulsa OK
October 23, 2013
Tulsa Chapter of the Oklahoma Society of CPAs

Q. What do I do if we need an advance care directive for my mother, but she has dementia?
January 31, 2019
A: This is a very good question, and a topic at a continuing education conference I recently attended. Ultimately, it does depend on how much her dementia impacts her ability to understand what is going on. Some people may not be able to drive, but can still understand what is going on around them. I have some clients that suffer from "Sundowner's Syndrome" - they do great in the morning but by late afternoon they start to fade. So, we meet in the morning instead of the afternoon. Problem solved. Sometimes it is still possible to proceed with "updating" certain documents if there is a change in the "big picture" scheme of things. For example, this kind of scenario could happen if a Health Care Proxy or Successor Trustee died or moved far away. But, if her condition is very advanced, it may be necessary to have a court appoint a guardian. From your description, it sounds like she did not previously prepare such a document. In this case, I would recommend that you consult with a lawyer to discuss the specific facts of your case further.

Q. My wife has a tax question. Per her divorce decree her and her ex are supposed to alternate years claiming their son.
January 16, 2019
A: I have worked on several of these cases in the past. Usually, the Judges do a fairly good job of making their instructions clear. If not, the Judge gets to see the case again. Not something they are anxious to do. If it is not clear, I would have your wife's lawyer contact the ex-husband's lawyer to 1.) clarify or 2.) agree to a schedule. If the ex-husband fails to cooperate and insists on claiming the son every year, then it may be worthwhile to have a conversation with your wife's lawyer about filing a motion for contempt of court. I am not trying to be vague, but cautious. If you get too many quarterbacks or lawyers calling the plays in a situation, it can cause a lot of problems.

Q. I pay at least 98% support for grandson n daughter. Can I claim my grandson on income tax?
January 16, 2019
A: According to the IRS, you can claim someone as a dependent if you provide for more than half of their support. But, this rule can be modified if there is a divorce decree or some other governing document. Assuming that you meet the requirements, I should warn you that it gets more complicated the 2018 tax year. We no longer keep track of how many personal exemptions we get for each person (i.e. the taxpayer, spouse, and dependents). This got changed in December 2017. But, it is possible to get a child tax credit. Therefore, you may want to have a qualified tax professional prepare your tax return for 2018.