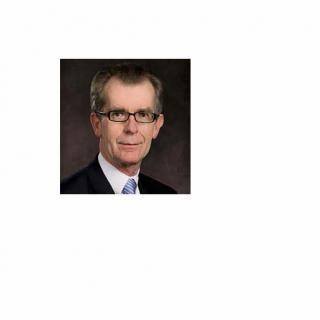 Ray's practice is mainly involved with divorce, custody, alimony and collections. Raymond Pater was born in the Netherlands and is one of eight children. After his family immigrated to the United States, and although of modest means, six of his siblings attended college and two went on to obtain PhDs, later becoming college professors. An older sister never attended high school, but was admitted to college because of a nearly illegible transcript and ironically went on to become a high school teacher. While attending grade school and high school, Ray worked in the family business selling eggs and chickens on the streets of South side Chicago. After graduating from high school he worked in a steel mill in East Chicago, Indiana. That experience convinced him to change course and he attended Indiana University, Calvin College and Grand Valley. After graduation he worked in sales, then taught school, and then attended law school. Ray graduated Magna Cum Laude from law school in 1983, one day after his youngest daughter was born. He started in general practice as a solo practitioner, then went to work for a leading collection law firm. In 1990 he began to be affiliated with the firm of with Coupe & VanAllsburg; that became Coupe, VanAllsburg & Pater; and finally Coupe Pater, PC. He has been in solo practice since 2006. Ray has been a Big Brother, deacon in one church, elder in another, school board president, and has served as a mentor at Guiding Light Mission in Grand Rapids. Ray and his wife of 40 years have three children: a businessman in Grand Rapids, an attorney in Manhattan, and a daughter in Denver who teaches part-time, mentors, and nannies (who claims to be his favorite child and who made the video, “Daughter’s Tribute to Her Dad”). His practice includes family law, collections, contracts, and contract litigation. He has practiced in courts throughout much of the State of Michigan, and now works primarily in Ottawa and Allegan Counties

Learning to Ride - by Rachel Pater

a tandem bike, a daughter, a sometimes embarrassing dad, and growing up to be yourself

Learning to Ride - by Rachel Pater

a tandem bike, a daughter, a sometimes embarrassing dad, and growing up to be yourself