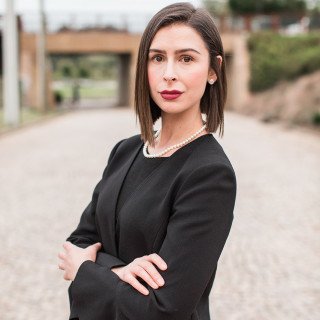 Rachel is a born and raised Richmond, Virginia native. She attended James Madison University, where she received her undergraduate degree, including Bachelor of Arts degrees in both International Relations and Arabic Language. After graduating from college, she worked for one year as a paralegal at an elder law firm in the Midlothian area, which solidified her desire to attend law school.

Rachel attended law school at Elon University School of Law, in Greensboro, North Carolina, where she received her Juris Doctor degree in 2017. During law school, Rachel had the opportunity to serve as an intern to the Honorable David J. Novak in the United States District Court for the Eastern District of Virginia. She also served as a Research Assistant to multiple of her professors throughout her law school career, and she was the Managing Editor for the Elon Law Review during her final year of law school.

Rachel began her first position as a licensed attorney doing personal injury work in Richmond, Virginina. She then worked in civil litigation in Forsyth County, North Carolina. Currently she is a partner at the Khan Law Firm in Reidsville, North Carolina. Outside of being an attorney, Rachel enjoys running, eating ice cream, reading books, and adding to her shoe collection that really does not need to grow any larger.

Rachel is admitted to practice in the Commonwealth of Virginia. She was admitted to the Virginia State Bar in 2018.

Blog
The Ins and Outs of Personal Injury Law

Blog
Got a Traffic Ticket? Now What?