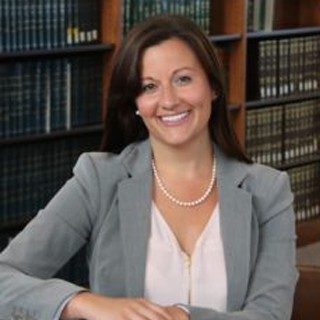 Rachael is an associate in the Trusts and Estates Department of Eckell Sparks in Media, PA. Prior to joining the firm, Rachael served as Judicial Law Clerk to The Honorable John P. Capuzzi, Sr., in the Criminal Division of the Delaware County Court of Common Pleas.

Rachael received her J.D. from Widener University School of Law, graduating cum laude and with pro bono distinction. While at Widener, she served on the Moot Court Honor Society Executive Board and competed in both national and regional competitions. In addition, Rachael served as Vice-President of the Public Interest Law Alliance. Rachael received the Howard G. Berg Outstanding Academic, Achievement and Character Scholarship. While in law school, Rachael interned for the Delaware County Office of the District Attorney and for the Honorable Barry C. Dozor. Rachael completed her undergrad studies at Temple University where she was a member of the Phi Sigma Alpha National Political Science Honor Society.

Rachael is an active member of the Delaware County Bar Association, currently serving on the Board of Directors, the Executive Board of the Young Lawyers’ Section, and as the Editor of the Legal Journal.

Rachael resides in Springfield and enjoys volunteering as a teacher for the Holy Cross Parish PREP Program.